Mark-Paul Gosselaar is best known for his Saved by the Bell role of Zack Morris. The teen sitcom from NBC was announced to be getting a reboot for the new streaming service Peacock. However, the revival did not include the actor and we now know the reason why. 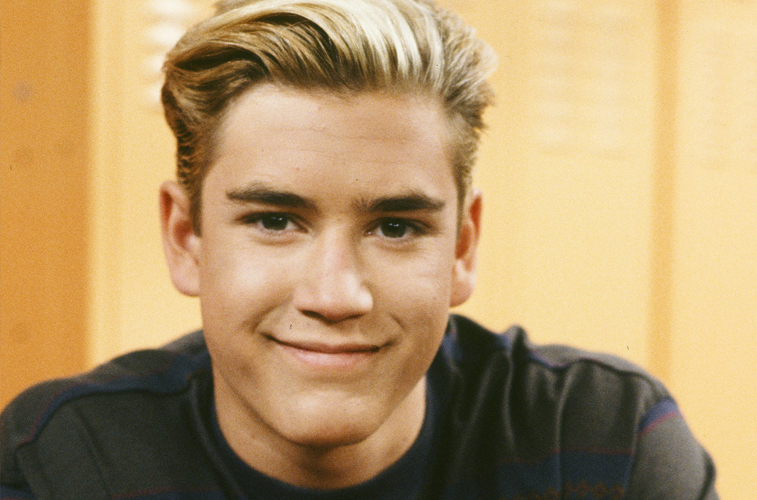 The premise of the ‘Saved by the Bell’ reboot

When NBCUniversal announced a Saved by the Bell revival was in the works, the press release named Elizabeth Berkley and Mario Lopez as reprising their roles of Jessie Spano and A.C. Slater, respectively.

Although Gosselaar’s name was not attached, his character was mentioned in the logline of the show. In the reboot, Zack Morris has become California governor and faces backlash for closing too many low-income high schools. As a solution, he suggests the affected students move to the highest-performing schools in the state, including his alma mater Bayside High, disrupting the school’s privileged environment.

Mark-Paul Gosselaar was unaware of revival

It was news to Gosselaar that Saved by the Bell was coming back and he found out just like the rest of us.

“I read it in the trades just like everybody else this morning,” Gosselaar told Variety. “Honestly, I was never approached. I woke up to the news this morning with a kind of ‘huh’ response.”

Gosselaar, who now stars in the ABC sitcom Mixed-ish, said he would consider reprising his role for the Peacock series.

The actor also knows that the comedy is being developed at a rival streamer and understands why they didn’t involve him.

“I’m on ABC, so it doesn’t really fit into that considering Disney Plus, so I understand the business side of things,” he added. “But I had no idea it was that far along.”

Nostalgic fans of the teen series quickly reacted on social media after news broke Saved by the Bell was making a comeback. Not everyone was on board with the premise of Zack Morris being a governor.

“A huge big ‘no’ on a reboot on Saved by the Bell from me,” a viewer wrote on Twitter. “The writing plans will make this show the joke of the century. Zack as Governor? Give me a break. Zack should be the Principal of Bayside since he knows how kids manipulate. I could write this better.”

“It does not make sense Zack Morris would be a piece of sh** politician, as in an utter trash human being,” another fan tweeted upset at how Zack is portrayed negatively in the new series.

“Is Saved by the Bell series sequel [going] to be a comedy or drama?” a social media user asked. “Governor Zack Morris premise of closing down low-income schools sounds more like a drama to me.”

Not all fans thought it was a bad idea to have Zack as the villain.

“They are doing a Saved by the Bell reunion and having Zack actually be a bad guy sounds like a good idea actually. I’m down,” a user posted.

The history of ‘Saved by the bell’

Saved by the Bell ran for four seasons as part of a Saturday morning block on NBC between 1989 and 1993. The series itself was a redevelopment of another comedy from the Disney Channel called Good Morning, Miss Bliss.

Following the success of Saved by the Bell, NBC created two-spinoffs that would not live up to the show’s initial success. Saved by the Bell: The College Years debuted in primetime after the original series ended. The comedy followed Zack and his friends as they navigated through college life. Although it started off strong in ratings, the audience quickly eroded and the show was canceled after one season and 19 episodes produced.

Back on Saturday mornings, NBC developed Saved by the Bell: The New Class with a whole crop of new characters with similar characteristics as the original cast. After one season, the show was overhauled and a new set of actors was introduced the following year. The New Class ended up airing for seven seasons from 1993 to 2000 with 143 episodes produced.