‘The Terror: Infamy’ Questions Who We Label the Enemy

[Editor’s Note: The following article contains spoilers for “The Terror: Infamy” Episode 5, “Shatters Like a Pearl.”]

On “The Terror: Infamy,” everyone thinks they know how to identify the enemy. For the American military, it’s anyone of Japanese descent, but more specifically, those who answer “no” to two key questions on a loyalty questionnaire. For Chester Nakayama (Derek Mio), it’s the Japanese who are at war with America and the yurei who has been haunting him.

On Monday’s episode, Chester is stationed at Guadacanal, translating Japanese and breaking codes for the American military. “His whole motivation for going over there was not just to prove his loyalty like [his father] says to do at the end of Episode 1, but Chester’s thinking that he’s going to draw this thing away from his girlfriend and his family,” Mio told IndieWire.

Chester feels he can make a big difference when a Japanese POW is brought in for questioning and pays more attention to Chester than his superior officer.

“He was staring at me. A white man is just the enemy to him, but I’m something different, a traitor, a shiryo [dead man walking],” says Chester in the episode. “That means I can get him off balance, maybe even get inside his head.”

This point — that a Japanese man doesn’t consider Chester the same as him — once again underlines the distinction between people in Asia and Asian Americans.

“Maybe to you and me it’s an obvious distinction,” said showrunner Alexander Woo, “but it is the mistake that led to the entire internment. Not understanding the difference between the government of Japan and its citizens and your own citizens who are descendants from people from Japan led to all this and continues to be. That’s why people are being told to go back where they come from, even if they come from here.” 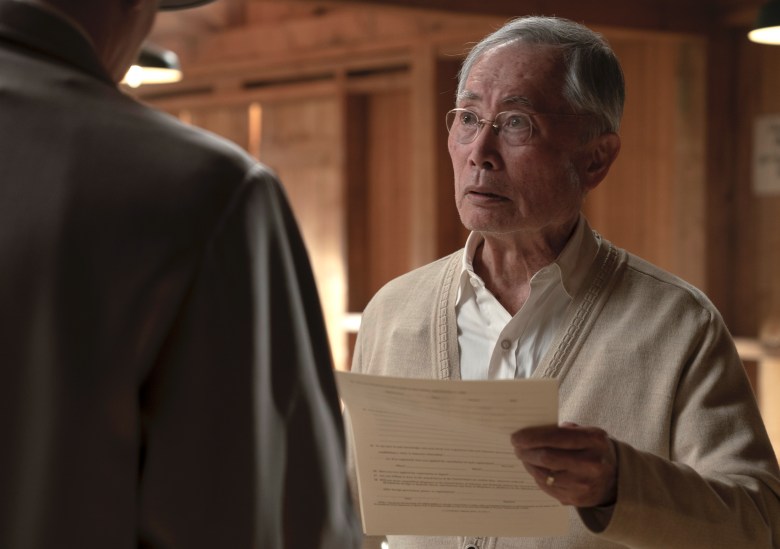 Actor George Takei, who stars in and acts as a consultant on the series, released a graphic novel this past summer titled, “They Called Us Enemy,” about his time in the internment camps as a child. In it, Takei reveals the conditions he had to deal with the confusion of being called an “enemy alien,” a frightening, othering term.

In “The Terror,” Chester also falls victim to fear and paranoia. Not only has he been treated like the enemy, but the confusing actions of the yurei makes him see evil spirits everywhere.

“His mental state is not fully there. He’s experiencing insomnia, just the conditions of being over there were so dire,” said Mio. “He’s having visions of things, the psychological terror is creeping in.”

And so, when Chester is faced with the Japanese prisoner Lieutenant Tetsuya Ota — played with heart-stopping fierceness by relative newcomer Kazuya Tanabe — he only sees a monster.

“This is a story of groups of people constantly being othered. Even in the case of Chester, he just keeps referring to them as the enemy in Episode 4,” said Woo. “It’s dehumanizing who they are, so much so that he really can only see [Ota] as a spirit, as a ghost, as obake, as yurei, this thing that’s haunting him.”

At first, this seems like a possibility. The lieutenant acts as if he were possessed, biting off a person’s ear and then ranting about how his “onnen has wandered the earth insatiable, hungry for blood.” This language points to the idea of a restless spirit and intimidates Chester, who has already seen the yurei’s ability to harm people firsthand.

“We hired just an amazing actor to play the Japanese POW — Kazuya Tanabe. He’s young a Japanese actor, who just inhabited that role. He was terrifying. He was really scary. Then, it becomes a very emotional, very human, story at the end. He just killed it.”

The harrowing interrogation evolves as Ota first pretends to be a yurei, suggests that they both should kill themselves for bringing shame upon their families, and then threatens Chester’s loved ones. Grieving from the news of his two stillborn sons, Chester loses his cool and beats the prisoner. And only then, somehow, the two men realize they’ve both shared loss… and a love of baseball.

“He’s just a human being, and they connect over that most American thing of all: baseball. This breaks a barrier between the two of them,” said Woo. 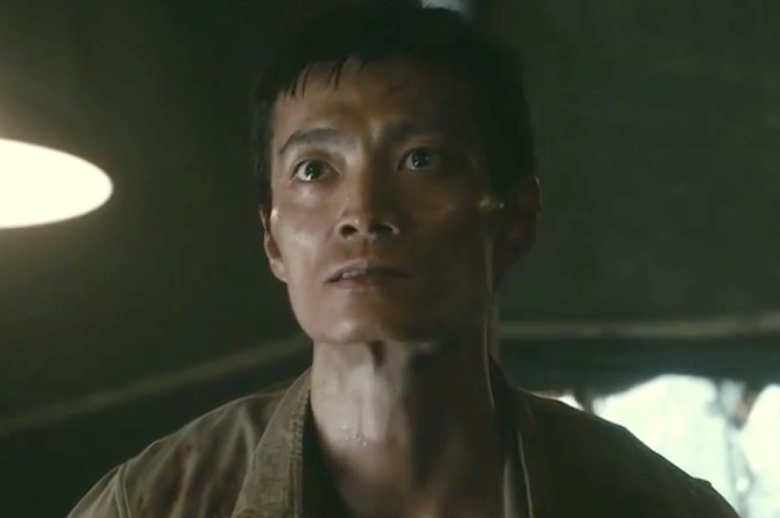 In the end, Ota is due to be sent to be a POW at Guam, where he’d no doubt be interrogated further and possibly tortured or killed. Chester sympathizes with the lieutenant’s sense of honor — that he should’ve performed the suicide ritual of seppuku instead of letting himself be captured — and allows Ota to take his own life.

“Chester had never really encountered a person born and raised in Japan,” said Woo. “This is his first encounter and he spends the vast majority of that time othering him, and the character Lieutenant Ota plays into that for a period of time until, by the end of it, there is this real human connection.”

Like the American government, Chester found it easy to label someone as an enemy before he allowed himself to see the humanity beneath. If the person he presumed to be a monster was just a regular guy, it’s just a matter of time before “The Terror: Infamy” attempts to see the real story behind the series’ actual monster.