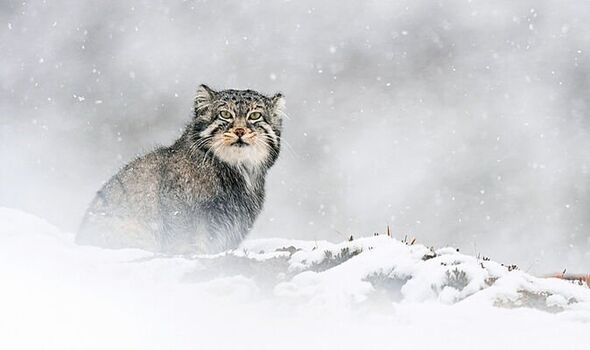 So, alongside stunning shots of Nepal, we have lots of philosophising from the two Gallic adventurers hoping to capture the elusive Asian cat on camera.

As we follow their quest across the foothills of the Himalayas, it’s clear that travel writer Sylvain Tesson is in awe of his “comrade”, acclaimed wildlife photographer Vincent Munier.

As Tesson scribbles in his notebook, we hear him spin Munier’s craft into a way of life.

Munier uses an observational method called “the blind” which, counterintuitively, involves lots of looking through binoculars while sitting very still in a camouflaged anorak.

“But this is what Bill Oddie has been doing for years,” you say. It is indeed, but The Goodies’ twitcher never saw it as an exercise in dissolving his ego and being at one with the natural world.

Before they spot signs of the star attraction, we are served a moody score from Warren Ellis and Nick Cave, beautiful shots of supporting players, and wonderfully florid prose from Tesson.

As we watch a furry figure stalk what looks like a vulture, he scribbles: “A Pallas cat pops up on a rocky spike with its hirsute head, syringe-canines and yellow eyes rectifying with a demonic glint its plushy cuddliness”. Marvellous work from whoever wrote the English subtitles.

David Attenborough’s films may be more informative but shooting nature the French way reaps its very own rewards.