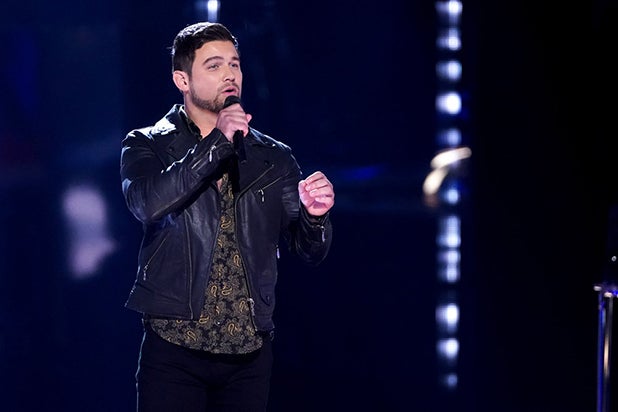 “The Voice” contestant Ryan Gallagher was disqualified from the competition on Monday night after reports that he violated the show’s COVID-19 safety protocols.

The singer, who was selected to be on coach Kelly Clarkson’s team earlier in the season, was one of four competitors vying for the last spot in the live rounds leading into Monday’s episode, but was conspicuously absent when the winner was announced. Host Carson Daly offered no explanation, simply saying that Gallagher “had to exit the competition.”

According to ET, Gallagher was removed from the show after violating the show’s rules surrounding COVID-19 safety. The details of his violation remain unclear. Representatives for NBC had no comment on the reasons for Gallagher’s exit.

Earlier in the season, Gallagher told the coaches that both his mother and grandmother were hospitalized with COVID-19, leading fans to speculate that his family’s health may have been related to his sudden exit. However, in an Instagram story posted on Monday night, Gallagher assured viewers that his family is doing well.

“Thanks you everybody for your concern for my family,” he said. “However everybody’s fine, that’s not the cause of what happened tonight on ‘The Voice.’ I didn’t drop out of the show. Details are still to come, I’ll keep you posted.”