The Yorkshire Vet: Peter Wright’s warning from wife over Skeldale exit ‘Under my feet!’

Peter, 64, is the star of The Yorkshire Vet series on Channel 5 and his exit from the Skeldale surgery sent shockwaves across the nation. It was a huge, life-changing decision for the animal lover to make but he will continue to feature in the documentary-esque programme alongside his colleagues. However, the television personality has recalled his wife’s warning she gave him about making such a career move.

For 38 years, Peter has been married to his wife Lin Wright and together, the couple have two children and one grandson.

They have been by each other’s side for many life events and the veterinary surgeon leaving his post was just another to add to the list.

It seems Lin was a big factor in the father-of-two making the exit from Skeldale as he explained: “I discussed it with my wife.

“And I think she made the decision for me really because I think I’ve still got some work left in me, as a Yorkshire farmer would put it.

“But also my wife said, ‘I don’t want you under my feet all day long’,” he continued, detailing the warning she gave him. 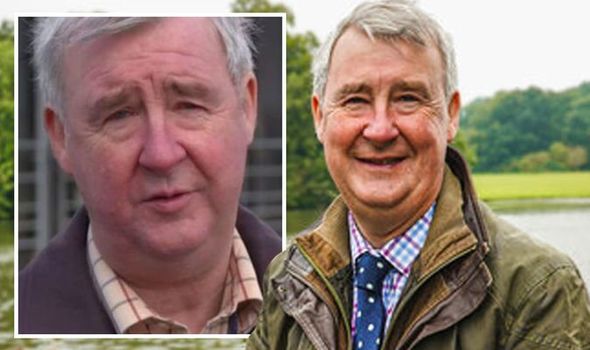 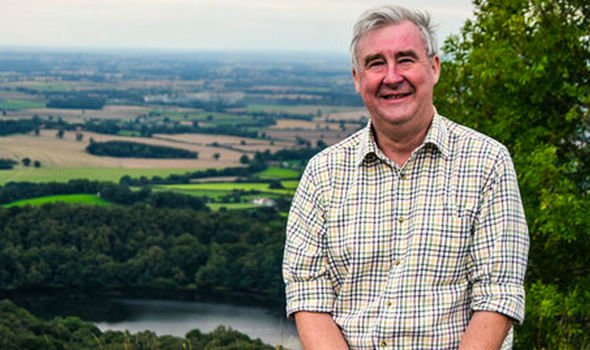 “So, the decision was made that I would find a mixed practice that would be willing to take me on, so I could continue doing what I’ve always done,” he told The Yorkshire Post.

It seems although they made the decision together, it was still tough for Peter to walk away from his role of 40 years.

The veterinary surgeon went on to explain how walking out of the practice was a “thought-provoking moment” and he had a “lump in his throat”.

Peter stapled it as the “end of an era” but he was looking forward to what the future holds and what challenges lie ahead. 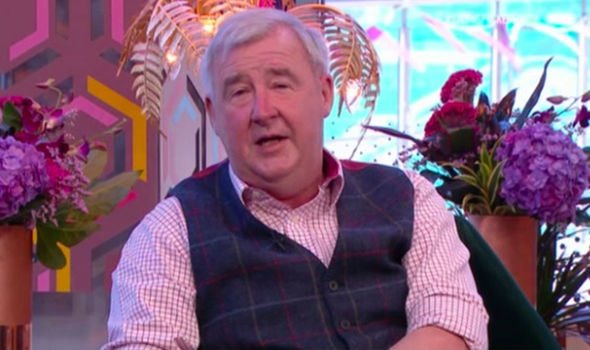 I discussed it with my wife.

Lin has recently spoken out about the first date she and Peter went on together and what made her fall in love with the vet.

The mother-of-two said straight away she knew he had a soft spot for creatures great and small as she explained: “He drove an old Ford Escort that stank of animals.

“He kept his wellies and waterproofs in the back and an animal drug that smelt awful, which he tried to mask with aftershave.

“Then he drove me to an abattoir because he wanted to watch a post-mortem on a cow,” Lin told the Daily Mail. 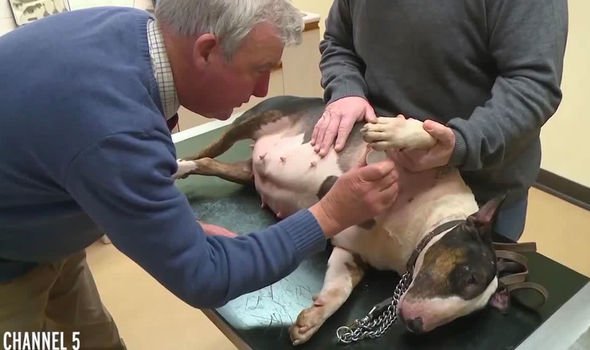 “We get on so well. We’re a team. We’re always teasing each other,” The Yorkshire Vet’s wife continued to explain.

“And when Peter started this TV malarkey I told him, ‘It’s not you, dear, folk want to see, it’s the animals.’ I was a bit harsh. People do like him.”

Although Lin’s husband has now left Skeldale, it seems his name will live on forevermore as a new cat ward has been named after him.

This means pet owners of past, present and future will always know Peter was a stalwart of the establishment.

Taking to Twitter, fans have shared their views on Peter’s exit from Skeldale, with one writing: “#Yorkshirevet Really glad Peter is still appearing on the programme – it wouldn’t be the same without him.”

Another posted: “Good Luck Peter! Love the #yorkshirevet @theyorkshirevet. I nearly had a heart attack at your announcement last night, but glad you are carrying on to pastures new, pardon the pun.”

Whilst a third remarked: “Sad to see Peter leave Skeldale Vets. So glad he has moved to somewhere where he’ll be doing what he loves.”

The Yorkshire Vet airs Tuesday at 8pm on Channel 5.