Nigel Farage has made his opinion on Boris Johnson’s Brexit deal very clear on Good Morning Britain today. The Brexit Party leader has been keen to push for no deal, believing this would be the cleanest break the UK could hope for.

With Parliament about to go to the vote tomorrow on whether the deal should be passed or not, Farage was keen to put across his point.

Good Morning Britain host Kate Garraway asked: “This is a deal on the table, are you going to support it?”

“It’s 95 per cent the same as the one Theresa May came up with. 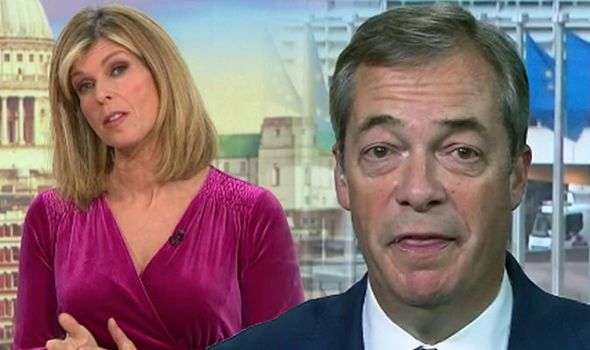 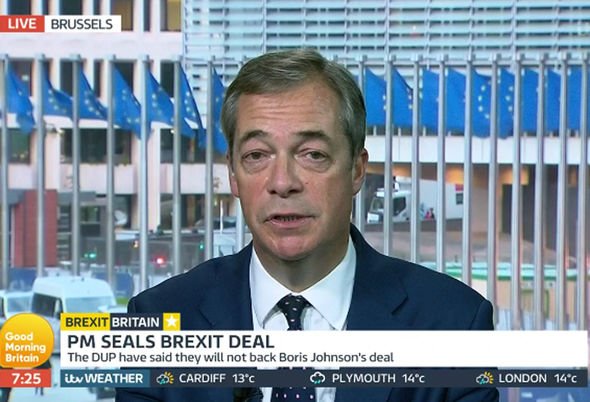 “If we sign up to this we are headed for years of acrimony and this is simply not Brexit.”

Garraway added how it would be Farage’s responsibility to ask for an extension, should this deal not be passed.

“If the choice is between that and extending and then having a general election in which we can sort that out then I would choose the election all the time,” Farage explained.

Ben Shephard then went on to quote a poll conducted by the Daily Express which said over 60 per cent of voters – whether backing Leave or Remain – just want the job done. 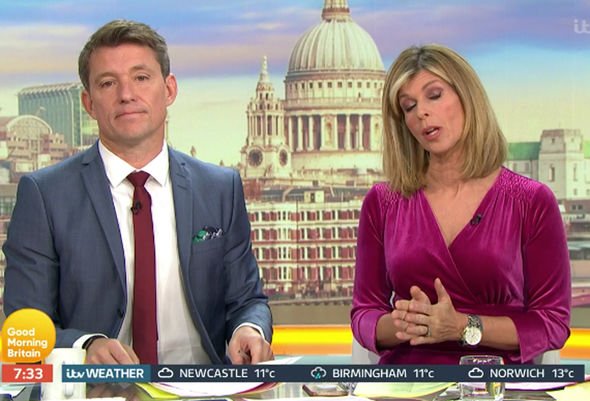 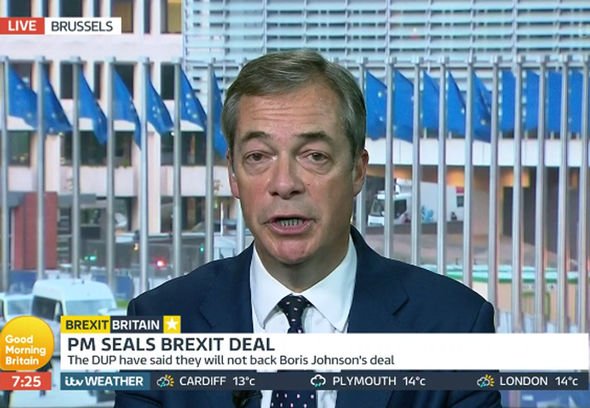 However, Farage insisted: “All Leave-supporting MPs who back this will regret it for years to come.”

He added: “52 per cent voted to leave the European Union institutions – we are not, with this treaty, leaving EU institutions.

“‘A great new deal’ is what Boris called it. It’s not great, it’s 95 per cent the same as the one he condemned.”

Shephard asked the leader to find the positive in the five per cent change from May’s previously rejected deal.

Reluctantly, Farage explained: “The fact that the UK will be bound inside the custom’s union if we are bound by this agreement.

“In terms of regulatory confinement, it’s even worse – it’s a disaster.”

Johnson agreed on his deal yesterday, just two days before the given deadline of Saturday 19 October.

Parliament will vote tomorrow on whether or not they are backing the prospect or not.

At the moment, the vote results will be extremely tight as it’s currently unaware how Labour will vote.

The Prime Minister needs 320 votes to get his deal passed, and with only 287 Conservative MPs, he will need rival parties to align with him.

The DUP has emphatically condemned the deal so the results will most likely lie with Labour MPs, some of whom said would “consider” voting for a deal.