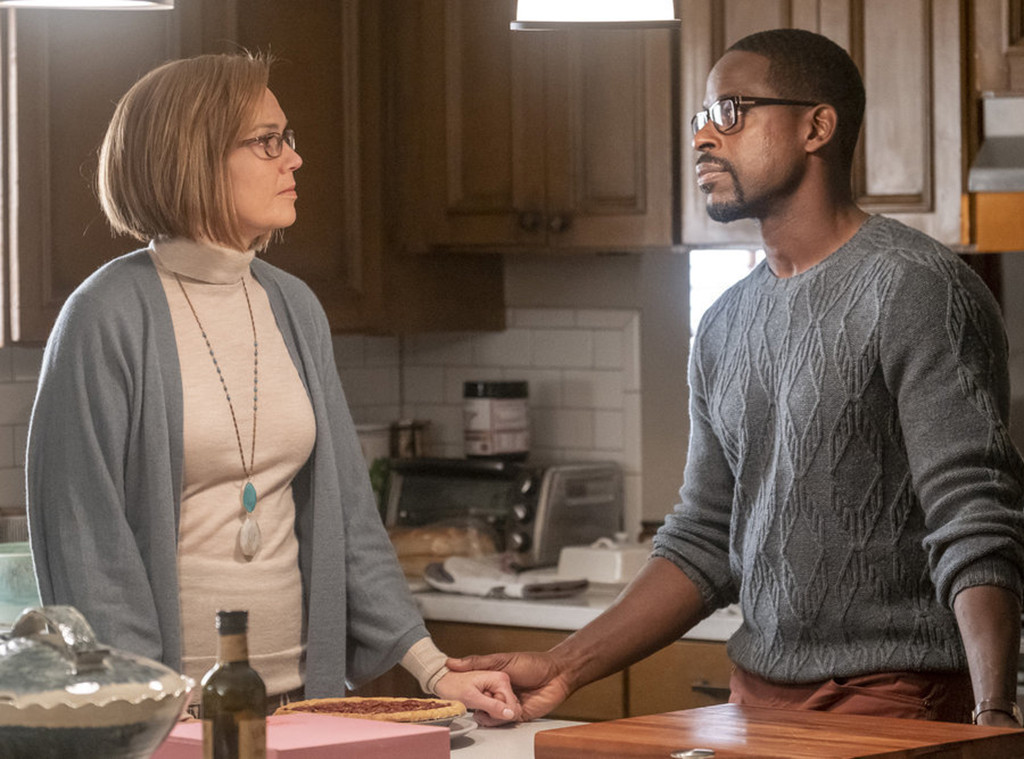 Woo what a mess that This Is Us Thanksgiving was.

The whole family was in town to celebrate the holiday at Randall’s house, but everything went awry in various ways. Some of those ways were important, but as usual, it was the very end of the episode that gave us all the stuff we’ll be thinking about until the show returns in January.

First of all, after she got upset with Randall, we watched Rebecca leave the house on Thanksgiving and proceed to get lost all over town, losing her phone and eventually having a breakdown in a Chinese restaurant. But as we learned at the end, on Thanksgiving day, Rebecca just went to a movie and turned her phone off. She then admitted to Randall that she barely made it through the CATS trailer (LOL) before forgetting which movie she was there to see.

Rebecca’s Chinese restaurant breakdown actually happened nine months later, on August 31, 2020, when she was supposed to be at the kids’ 40th birthday celebration at the family cabin.

When the police bring her to the cabin, we learn several important things.

Second of all, by that date, Kevin has a pregnant fiancee.

“My fiancee’s got morning sickness at all hours of the day,” he explains to one of the cops, who recommends ginger tea. 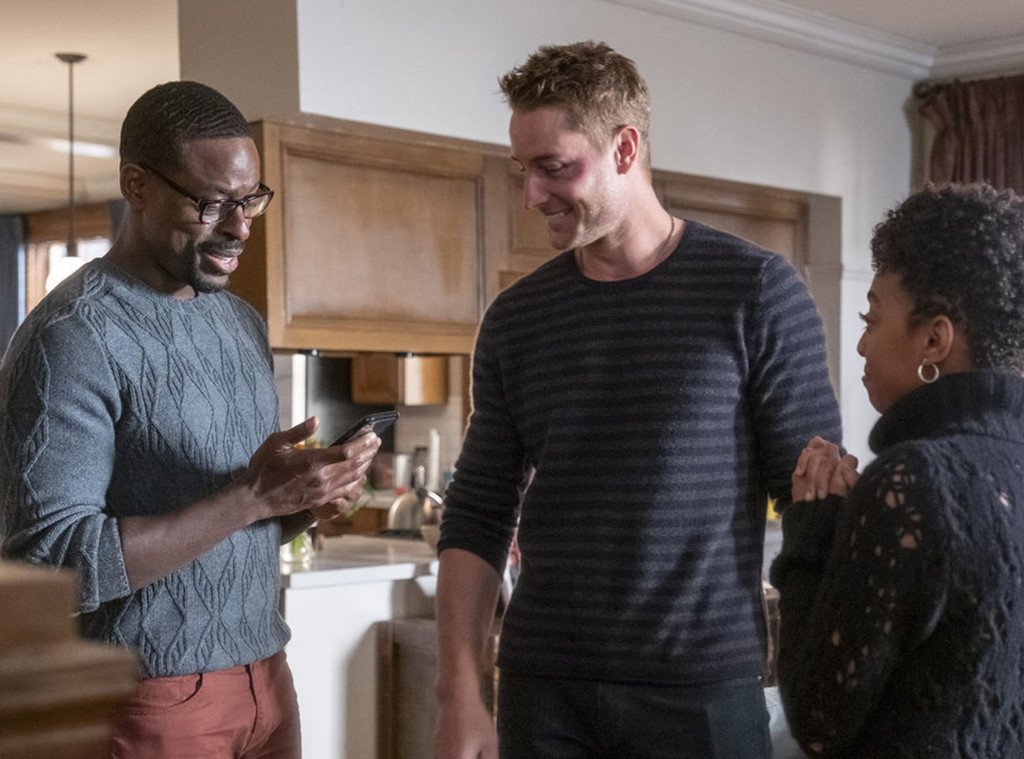 So now we’re left to wonder what on earth has happened between Kevin and Randall, and also the identity of Kevin’s pregnant fiancee.

We’re currently assuming it’s Cassidy, just based on the fact that he was most recently linked to her romantically, but a lot could happen in the next nine months.

A lot could also happen in the next two months before another episode of This Is Us, which is rude.

Here’s a few other developments from the episode:

Deja invited her mother to Thanksgiving, and she and Beth both had complicated reactions to seeing that Shauna is doing great. She’s got a new apartment with the fireplace she and Deja always dreamed of, and she’s got a new job, and friends, and a new love of football.

Beth is conflicted about her place in Deja’s life, since Randall is the only father Deja’s ever known but Shauna is her mother, while Deja doesn’t understand how her mother can do all of this now, but couldn’t get her life together while Deja was still in it. 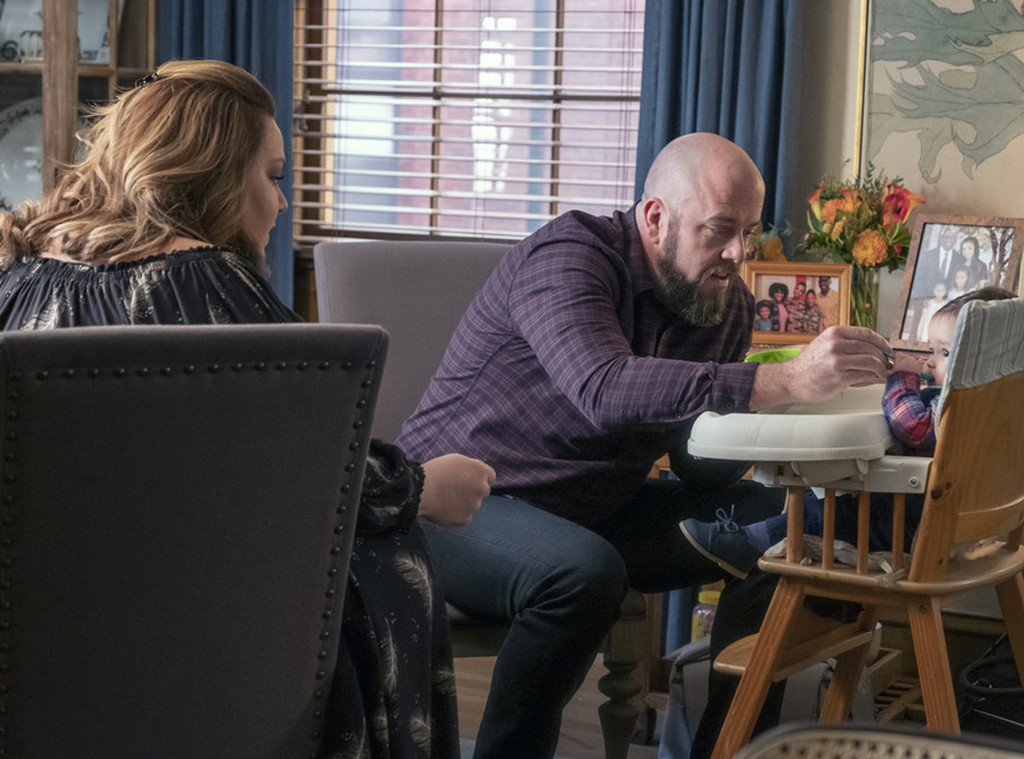 And then there’s Kate and Toby, whose “baby’s first” and Crossfit problems are…simply not as important as anyone else’s problems. What they might be indicative of is interesting, but the issues themselves are just so silly-sounding that it’s hard to take it seriously. Sure, makes sense for Toby to be sad to miss all of Jack’s first things, but we’re not even talking about Toby missing these things because he’s working. We’re talking about him missing his son’s first solid food because he was doing Crossfit.

Everybody should have hobbies. Everybody should enjoy a workout every once in a while. But Toby, your wife is home alone all day with your baby and you’re doing Crossfit! Idk what to tell you, dude! You have become the worst kind of person!

In fact, Kate said it best.

“I hate Crossfit Toby,” she admitted to Beth while they were sharing their worst thoughts. So do we, Kate. So do we.

Then, we got to the most heartbreaking and also most ridiculous part of it all. When Kate went to get Toby’s phone to take a picture, she found a text (in what was clearly iMessage) from “LadyKryptonite5” saying “Don’t let her bring you down. Here for you.”

First of all, iMessage typically uses real names. What does it mean that someone is in Toby’s phone under a name like “LadyKryptonite5?” Does he call her that IRL? Does he not even know her IRL? Is she just someone he met in a Crossfit subreddit?

If we didn’t already find her annoying for coming in between Kate and Toby, we find her even more annoying for the username “LadyKryptonite5.”

Anyway, we’ll just be here sobbing and worrying and wondering and mostly thinking about LadyKryptonite5 til January.

This Is Us airs on NBC.

E! and NBC are both part of the NBC Universal family.