Timmy vows to split Peri and Juliet in Hollyoaks: 'We belong together!' 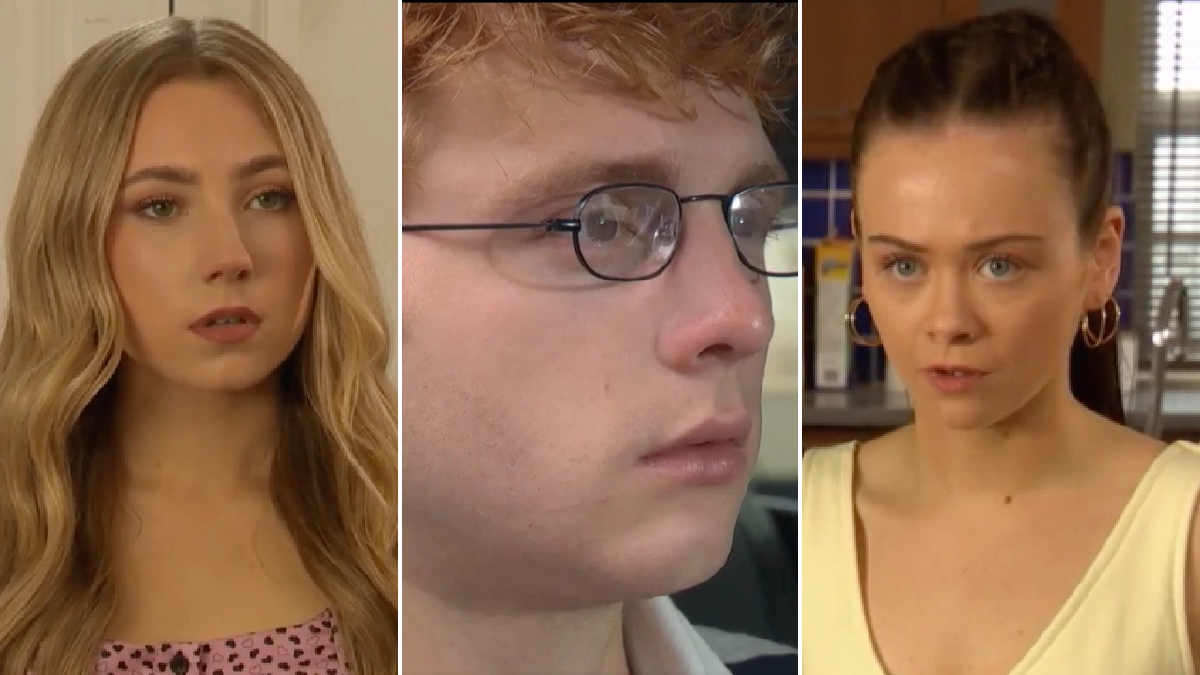 Timmy Simon’s (Sam Tutty) has made his feelings known for Peri Lomax (Ruby O’Donnell) in tonight’s Hollyoaks, vowing to do whatever it takes to separate her and Juliet Nightingale (Niamh Blackshaw).

The young man, who was introduced as Fergus Collins’ (Robert Beck) computer whiz, has been stalking Peri for a number of months now, and sending her expensive gifts.

His identity was confirmed to viewers earlier this week, and it came to light that he’s harbouring strong feelings for Peri.

Peri, meanwhile, has shown absolutely no interest in him. But Timmy refuses to believe such a thing.

In fact, Tuesday’s (September 7) edition of the Channel 4 soap saw him discuss his feelings for a mystery woman with Trish Minniver (Denise Welch).

‘She’s the most beautiful person I think I’ve ever seen,’ he said.

Trish, having no idea about what Timmy is up to, advised him to ‘not let this [girl] go’.

Not creepy at all.

Timmy’s hopes of romance, however, were dashed when he crossed paths with Peri outside the hospital, and it was clear that she didn’t know who he was!

Heartbroken, Timmy retreated to his car, where he watched loved-up Peri and Juliet via the cameras.

‘You love me!,’ he exclaimed, watching the footage. ‘You’re supposed to love me.’

Spying a pen in the glove compartment, he decided it was time he made himself known, as he wrote a letter to Peri, advising her to split up with Juliet.

‘Peri you are the first and last thing I think about each and every day,’ he wrote. ‘I want to wake up to your ocean green eyes, your heavenly smile.

‘Juliet doesn’t deserve you. She could never love you the way I do. We belong together, and I can’t stand by any longer while you waste your life with HER!’

Peri was evidently perturbed by what she was reading, after Timmy anonymously posted the letter through the letterbox. She refrained from telling Juliet about the contents of the letter so as not to scare her.

The question is: will Peri work out who is stalking her? What’s more, just how far will Timmy go in order to get what – or who – he wants?