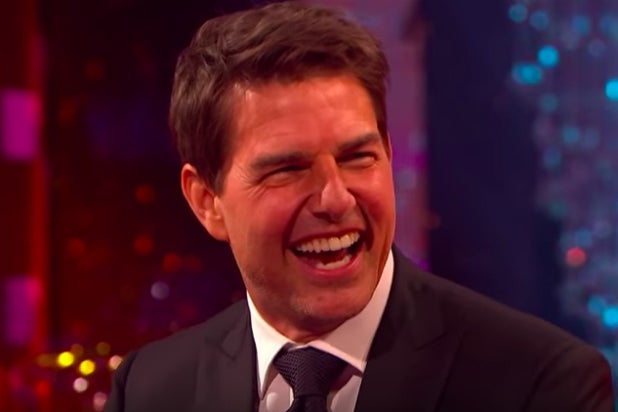 Tom Cruise made a wholly unannounced appearance In Hall H on Thursday at San Diego Comic-Con 2019 and debuted a new trailer for his upcoming “Top Gun: Maverick.”

The big surprise happened just after the end of the “Terminator: Dark Fate” Hall H panel, which kicked off the first day of Comic-Con in the big room. As the lights went up, Conan O’Brien came out on stage to introduce Cruise to the shocked audience — after which Cruise introduced the trailer. Watch it here.

“34 years ago I made a movie in San Diego right here,” Cruise said when he took the stage. “I actually shot across the street at a restaurant.”

Cruise mentioned how he’s frequently asked by fans if he’d ever do another “Top Gun.” “For 34 years  you guys have been very very patient with me. And I felt that it was my responsibility to finally really deliver for you,” he said. “And I have a little piece here if you wanna see it.”

Cruise also promised the crowd that “everything you see in this film, obviously it’s for real. So the flying, working with the Navy, all the flying you’ll see in this picture, everything is real.