Freddie Flintoff, Paddy McGuinness and Chris Harris are back on BBC Two for a Christmas Special which sees the presenting trio tackle one of their toughest road-trips ever in Nepal. But ahead of their Himalayan adventure, Top Gear has released a sneak peak trailer to give fans a first look at the brand new series which will debut early next year and Freddie makes a shocking admission as he takes part in a hair-raising challenge.

BBC have released a first look at Top Gear’s upcoming new series which sees Freddie attempting to bungee-jump a vehicle off a dam.

In the clip, Freddie is strapped in a bright red Rover Metro Cabriolet as he attempts to bungee-jump the vehicle off a 500-foot Swiss dam.

As he attempts this crazy challenge, Chris can be seen talking him through the process from the safety of the top of the dam.

Chris remarks: “You have a considerable pair of berries on you, much bigger than mine.” 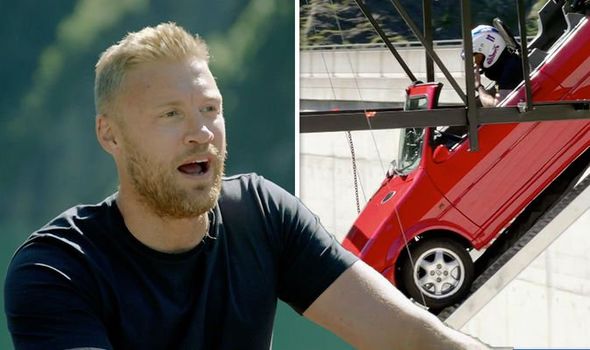 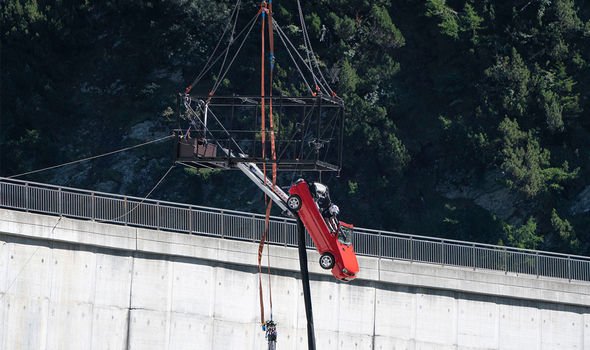 “I’m not sure where they are at the minute Chris, they’re somewhere in my stomach,” Freddie replies. “I don’t think I’ll see them for weeks.”

Later, with his nerves slowly getting to him, Freddie exclaims: “At this point, I wish I’d done Strictly.”

Elsewhere in the clip, Paddy dresses up in a suit of armour while at the wheel of a convertible Ford Escort as he tries to dodge driving range golf balls. 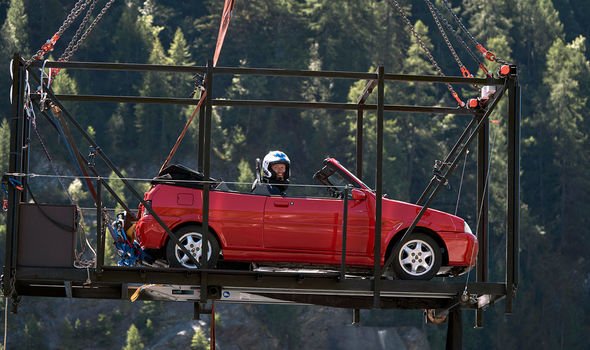 The trio don cowboy hats and Ponchos in Peru and Freddie disappears into very long grass when the motorised trike he was riding left Elvington Airfield’s runway at speed.

Before the series returns in the New Year, Top Gears fans can look forward to the Christmas Special which sees the hosts tackling a particularly tough road trip.

The lads embark on a trip from Kathmandu, capital of Nepal, to the Forbidden City of Lo Manthang, a kingdom perched on the far side of the Himalayas.

But in true Top Gear style the presenters will be taking on the adventure in cars of their choice.

Paddy will take on a voyage in a small old Peugeot, while Chris will be driving a small old Renault. Freddie on the other hand, opts for a Nepal home-built car.

There some real hold-your-breath moments as the terrain is tough combined with small mountainous roads.

Meanwhile, Paddy has spoken out on Jeremy Clarkson taking swipes at his former show.

However, Paddy admitted he has nothing but praise for the hosts who launched the Top Gear series.

Speaking to press including Express.co.uk, Paddy, Freddie and Chris were asked if they had any words for Jeremy following his Top Gear swipes.

Paddy answered: “Listen, Jeremy and the lads they made that show what it was and if it weren’t for that we wouldn’t be sitting here talking to you.”