Tracy Morgan breaks down in tears on live TV & tells Today he fought to get out of coma for daughter, 8, after car crash

TRACY Morgan broke down crying on live TV as he told Today show host Hoda Kotb that it was eight-year-old daughter Maven who helped him fight his way out of a coma following a horrific car crash in 2014 that nearly killed him. 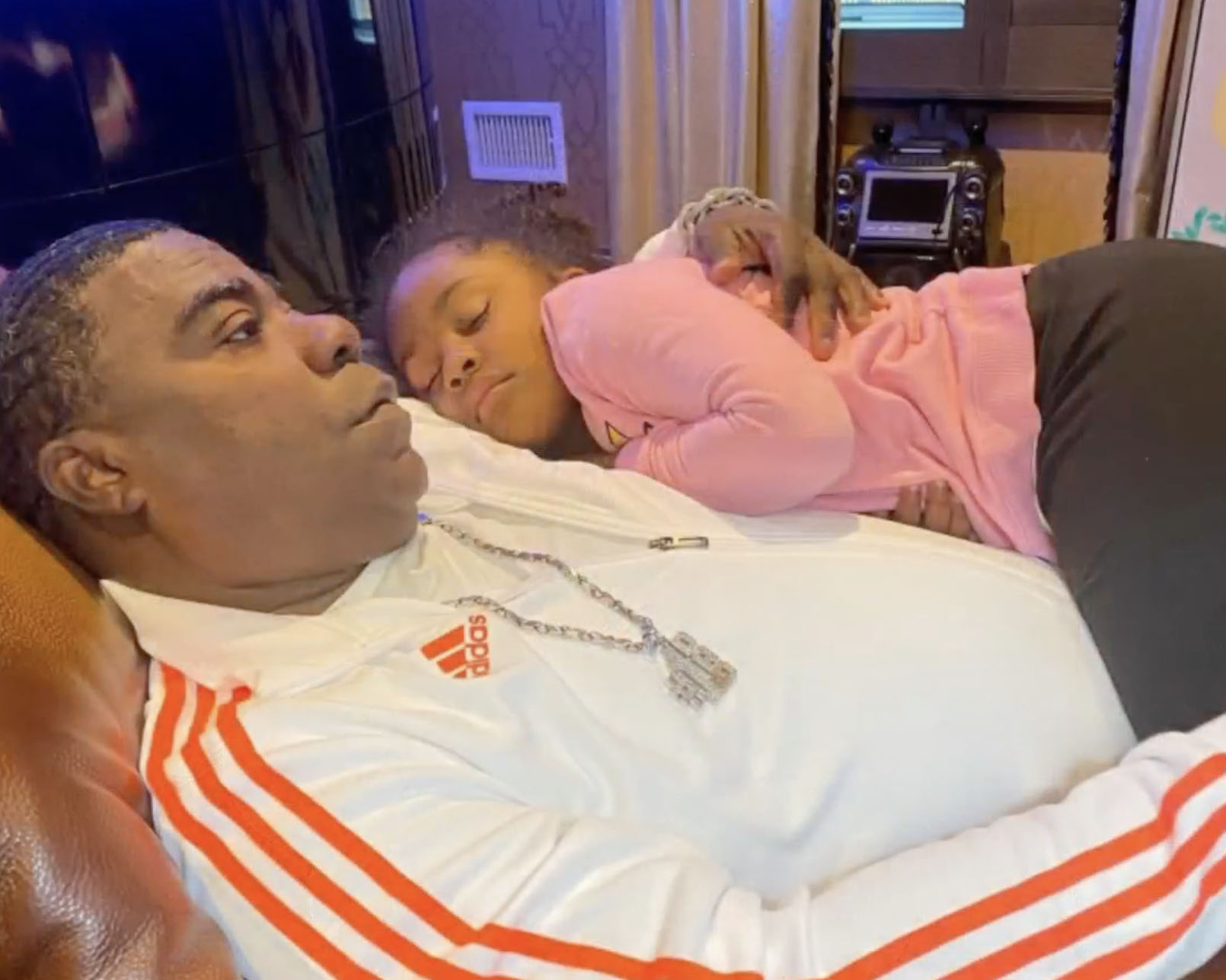 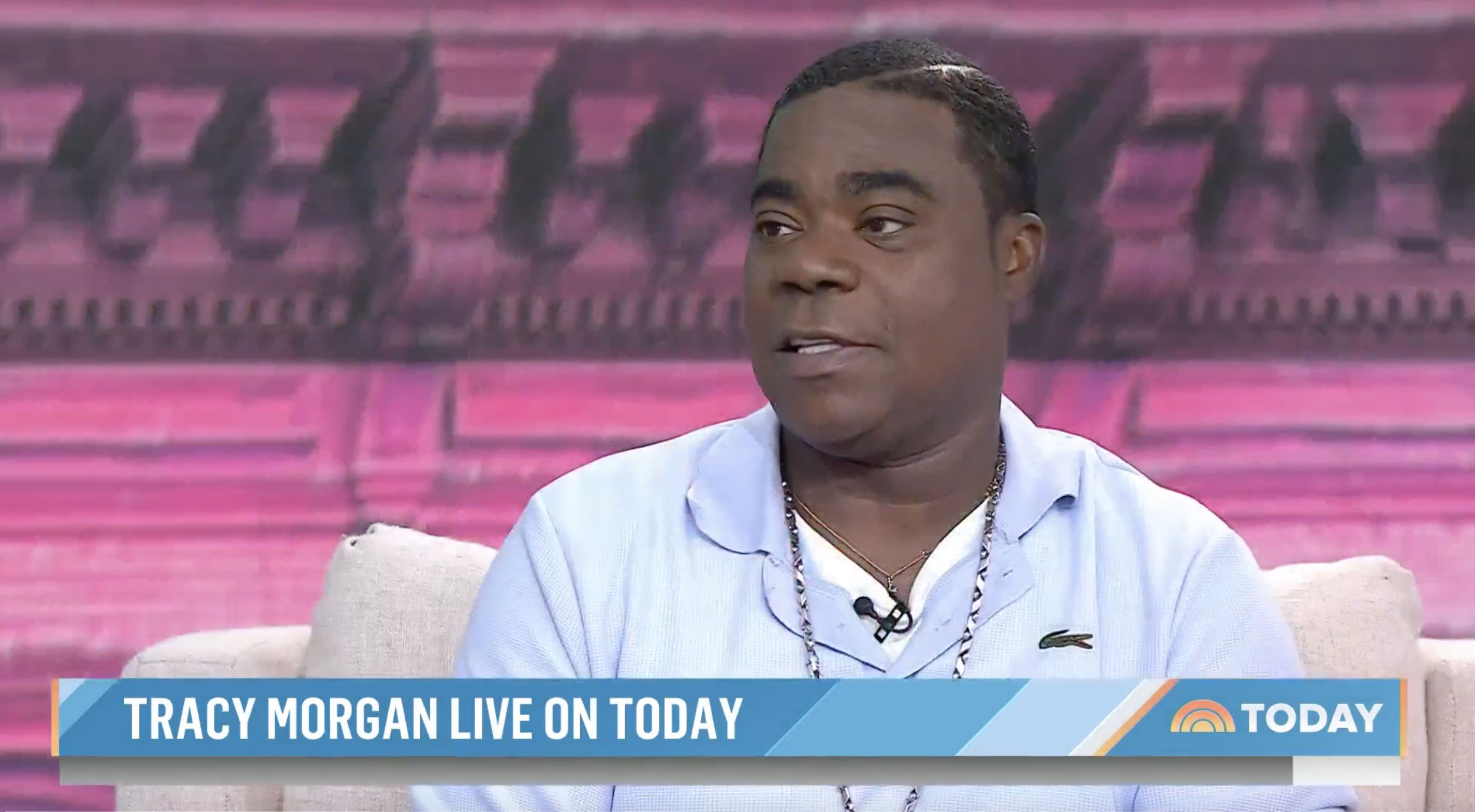 When the crash occurred, Maven was a baby.

Still, Tracy, 52, said he knew he had to fight to come out the other side and see his daughter grow up.

He revealed as he fought back tears: "People don't just come out of comas.

"I had to fight. I knew I had to be here for her. I wanted to see my daughter.

"I've always wanted a daughter and have a female version of me. And I'm looking at it every day as she grows under my gaze. And I love her."

Tracy was in a coma for two weeks. His friend and passenger, fellow comedian James McNair, was killed in the crash.

Tracy's character on The Last OG faces a similar struggle.

In more recent episodes, he is shown waking up from a coma after being shot.

Tracy admitted on the Today Show that being in a coma was an odd experience.

"It was surreal," he recalled.

The former 30 Rock star continued: "It's like looking at yourself down in the bed. And you say, 'Lord, have mercy, that was me.' I was this close to it. I was knocking on the door.'

Tracy told Hoda the experience changed his perspective on life.

Tracy has spoken about the crash, and its aftermath, on several occasions.

In February, he revealed to CBS that he felt hopeless after the accident.

He said having friends check in on him helped him to recover, as did his desire to return to SNL. One, in particular, pushed him through.

Tracy recalled: "At that moment when it first happened, when I didn't see any hope, when I couldn't walk, before they taught me to stand up and sit down again, you don't feel that way.

Then he got a call from Eddie Murphy, a longtime friend and Hollywood peer, who invited him to appear in Coming to America 2.

Not long after the crash, Tracy admitted that he considered suicide while recovering from the crash.

"I broke every bone in my face, my ribs, I pulverized my femur. I'm from the ghetto and after I came out the coma I was blind for a week and where I come from you don't want to be blind for a second. All kinds of s**t started coming up missing in my hospital room.

"My thoughts — I was in a very dark place. I was sitting right here, contemplating suicide. I couldn't walk."

The accident occurred in June 2014 when a Walmart truck hit Tracy's limousine.

His friend was killed and Tracy was left wheelchair bound for five months after the fact.

The accident didn't just put Tracy's life on hold. It forced his then-fiancée Megan Wollover, 18 years his junior, to pump the brakes too.

The couple got engaged in 2012, announcing their engagement during the 2012 Emmys.

In January 2013 they announced that they were expecting their first child together.

Maven was born in July and the accident occurred just under a year later.

Tracy and Megan were able to finally tie the knot in August 2015.

They exchanged vows in an emotional and intimate wedding.

Things appeared to be going well for Tracy and Megan, but the pair were not without their issues.

Nearly five years after they tied the knot, and only a few months after Tracy told Hoda that he had gotten his wife pregnant at least three times during quarantine, the pair announced that they were divorcing.

Tracy confirmed the split in a statement to PEOPLE, saying: "Sadly, after nearly five years of marriage, Megan and I are filing for divorce.

"This is a challenging time for all involved, so I ask that you please respect our privacy." 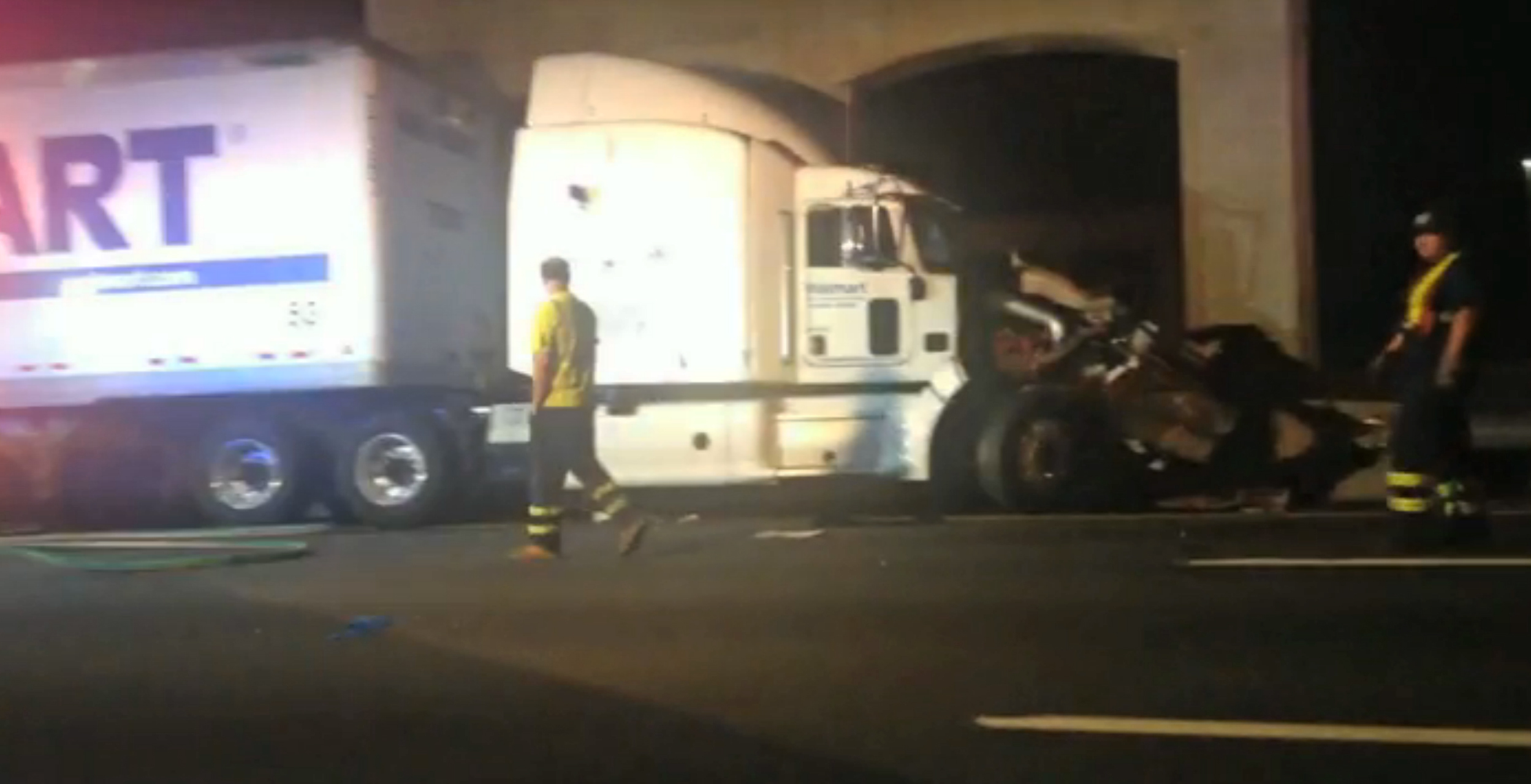 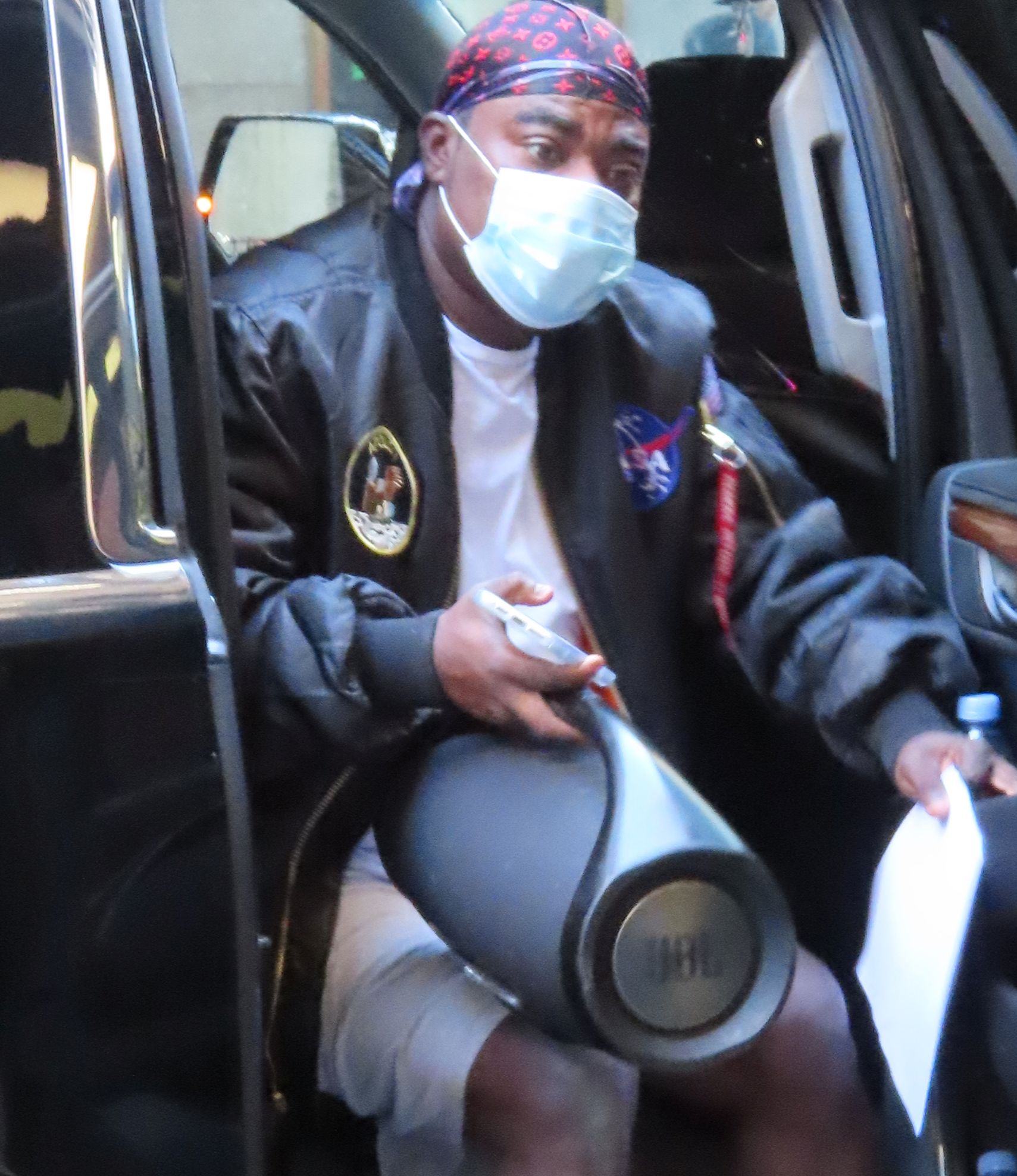 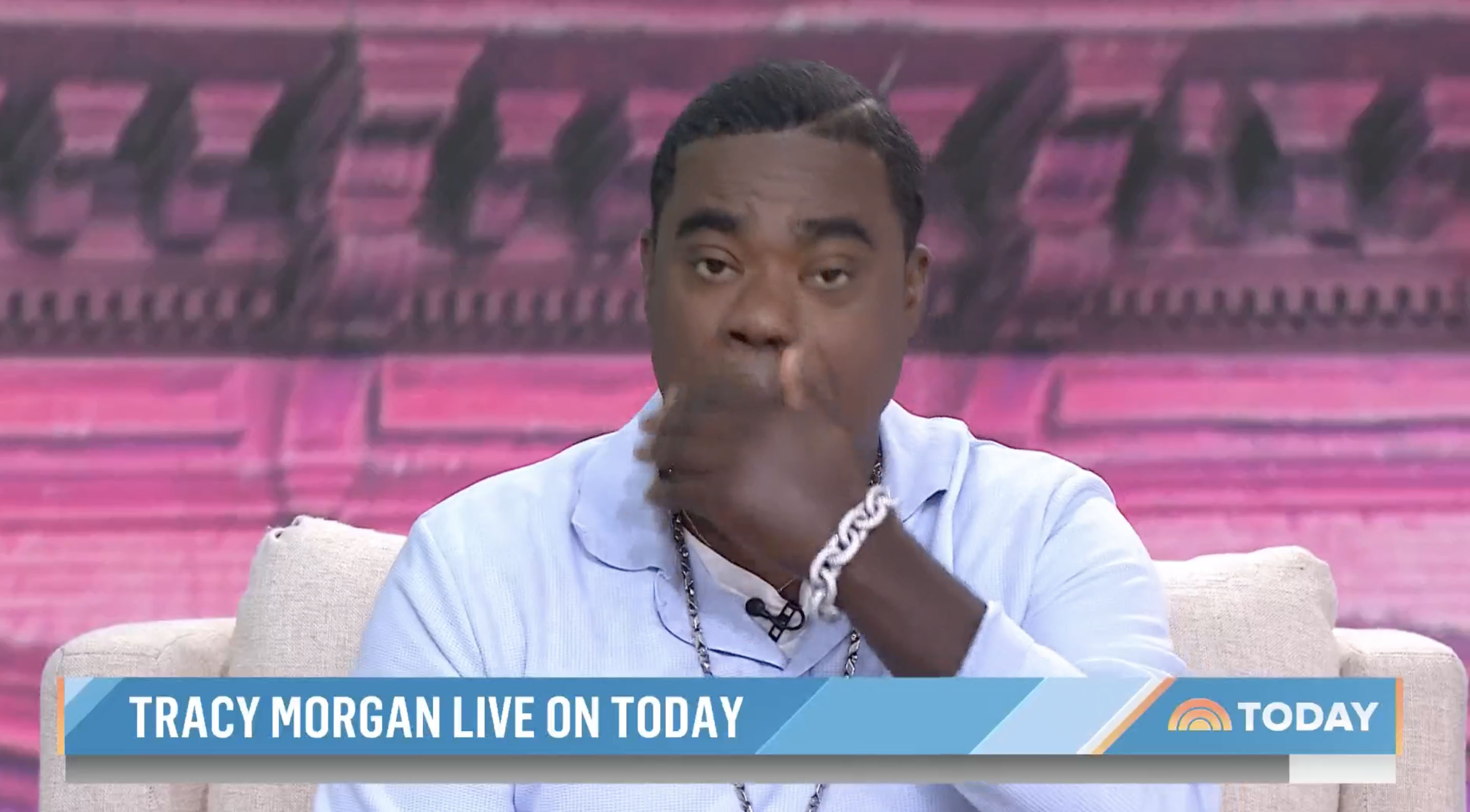