IT’S the most bonkers night in music – but at least it offers some catchy tunes.

After a year-long hiatus, the Eurovision Song Contest is back tonight, with entries that are more stunning and downright ludicrous than ever before. 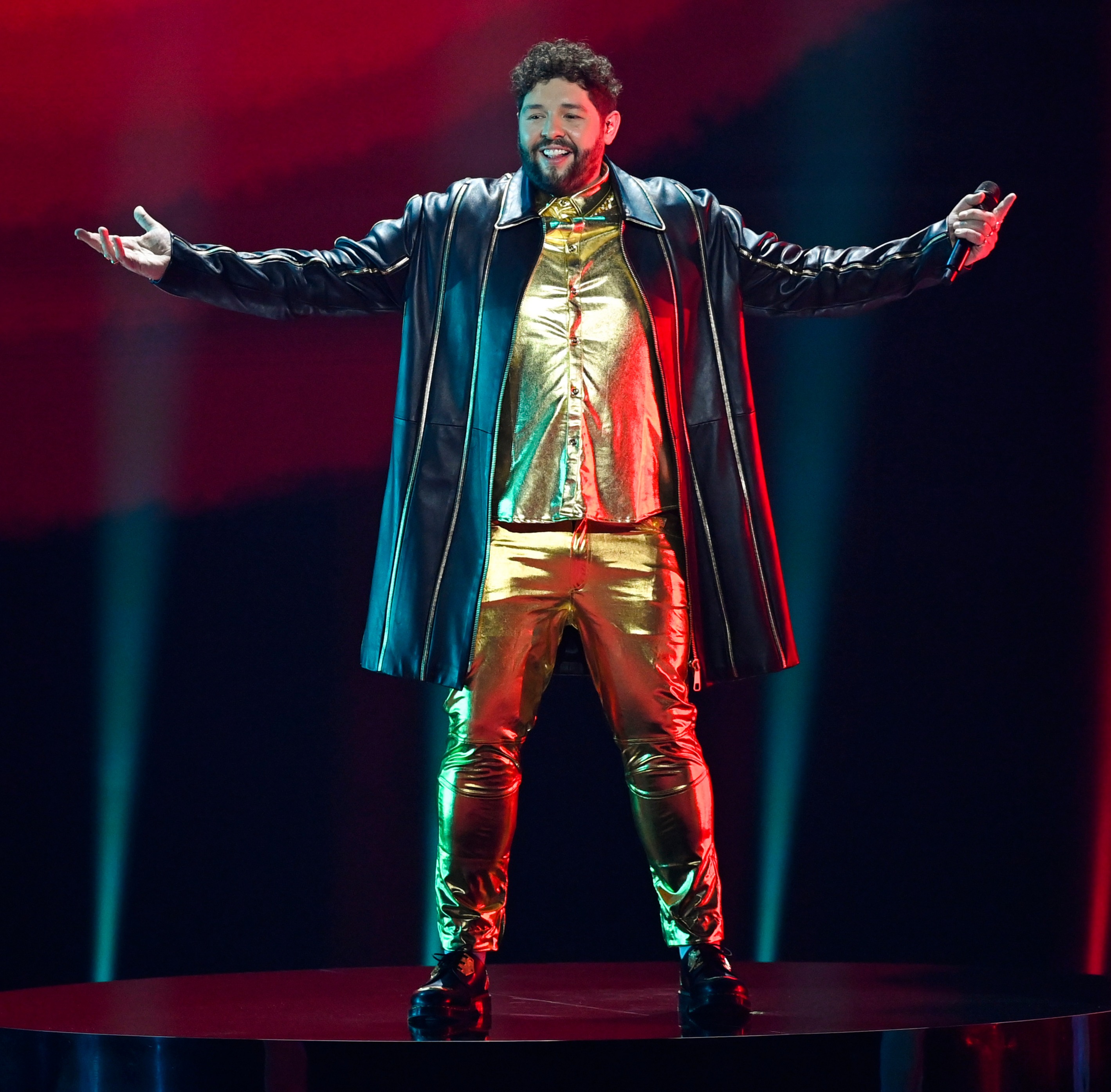 The hopes of the UK will be pinned on singer-songwriter James Newman — if he does not set fire to his trousers.

In a last minute U-turn, the 35-year-old brother of pop star John Newman decided to ditch the fancy gold outfit he wore in rehearsals in favour of something a bit more fireproof.

He told me: “The room literally lights up it’s so hot because we’ve got these massive flame-thrower things that come out of the ground and it’s really hot, but really fun.

“I’ve changed the gold outfit now. I wasn’t too happy about it so I’ve gone back to what I had before because I thought it looked a bit cooler — and it’s a bit more flame-resistant!”

While he has solved his fears over catching alight, James admits his Eurovision journey was almost derailed by having to battle long Covid after being struck down with the virus in March last year.

The star, who thanks the “Beyonce bounce” for helping him get his lungs up to scratch in time, said: “I had long Covid for the whole year, which was quite frustrating.

“I had a tight chest all the time and really bad fatigue.

“But I managed to get rid of that and I feel like I’m a lot fitter than I have been for ages now.

“It was really scary. I’ve got asthma as well so it’s always scary when you’ve got something that’s already wrong with your lungs and then you get something like that.

“I’ve been doing the Beyonce training, so when we’re doing vocal warm-ups I’ll be jogging around the room, and I’ve been boxing training while singing the song.

“I’ve even had singing lessons while cycling to try to get my cardio and stamina built up, so that I can do both.” 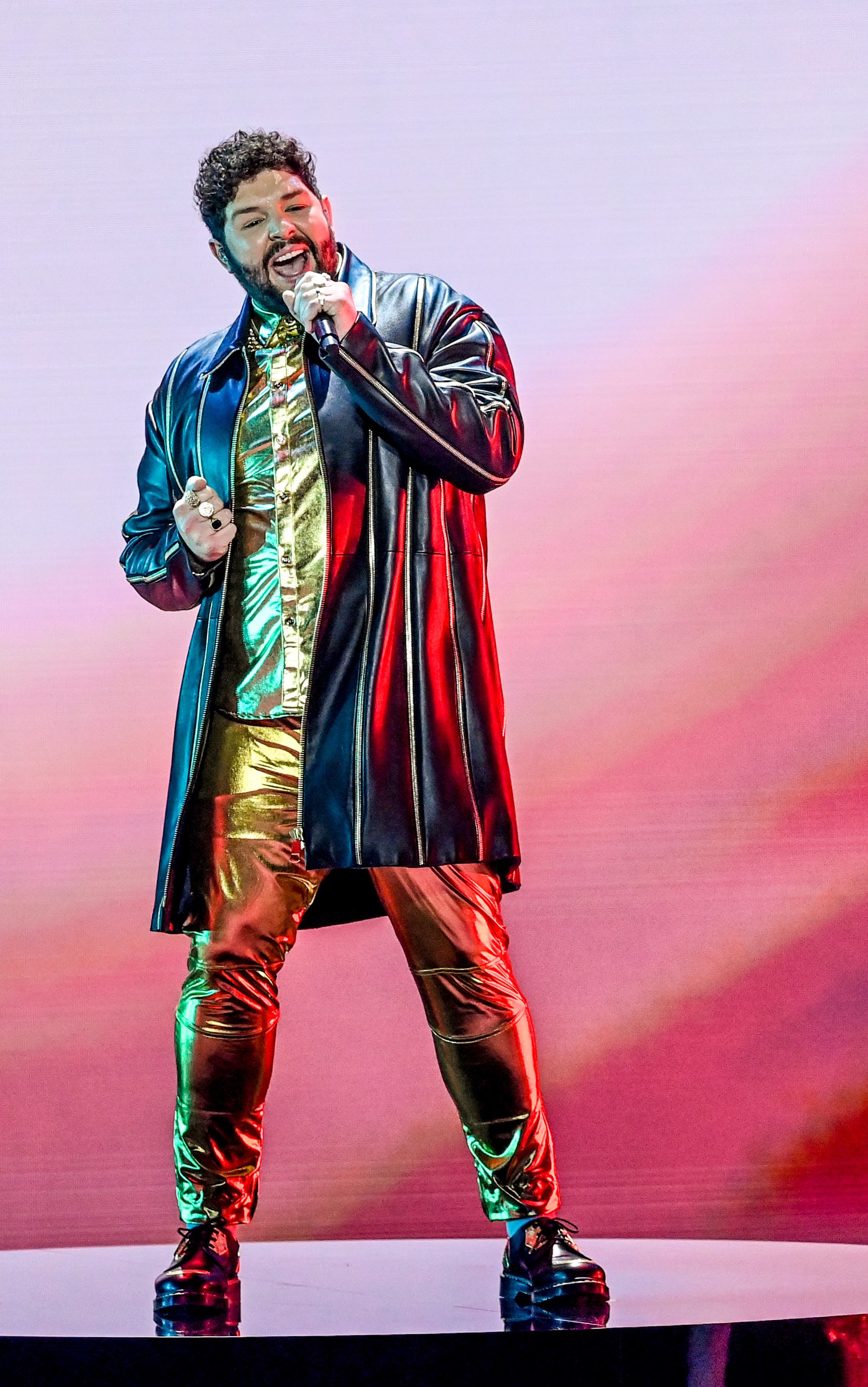 Eurovision is the world’s most-watched non-sporting event, with 182million tuning into the 2019 show, including 8million Brits.

The majority of this year’s performers are the same as those who had been due to compete in 2020, when the competition was cancelled for the first time in its 65-year history.

All acts had to submit brand new songs, but at least they will get to perform them in front of 3,500 cheering fans at the Ahoy arena in Rotterdam — albeit with booze banned — as the contest is one of the Dutch government’s coronavirus test events. Back home, Amanda Holden will deliver the results of the UK jury’s vote live from London.

The 50-year-old Britain’s Got Talent judge, who showed her support with an exclusive snap of her dressed in a Geri Halliwell-style Union Flag dress, said: “What an honour. I’m utterly thrilled. It’s an ambition ticked after 45 years of watching it.”

James has proved himself as a top songwriter, penning tunes for Little Mix and Ed Sheeran. But he will have to really impress with his upbeat entry Embers if he wants to triumph — or avoid the dreaded nul points.

It has been 24 years since the UK last won, when Katrina And The Waves took the 1997 trophy with Love Shine A Light.

But James will not be blaming “political voting” if he comes up short. He said: “I don’t think politics really comes into play. It’s just a celebration of music.

“It’s a competition just like the World Cup and the Euros. It’s a different thing from politics.

“It’s about showing Europe that you really care about the competition like everyone else does, so politics isn’t a thing in this.”

His odds of 100-1 are not that inspiring — and he will have to overcome favourites Italy, France and Malta.

Take a look at our full rundown of this year’s entries, here, complete with odds from bookies Ladbrokes . . .

Welcome back to the most pointlessly potty show on TV – we've missed you.