Velaryons family tree: Who are the members from Game Of Thrones and House Of The Dragon? | The Sun

HOUSE Velaryon play an integral role in House of the Dragon's conflicts and Game of Thrones history.

So who exactly is related to who? And how are the key families interlinked? Here's everything you need to know.

Who are the members of the Velaryons family tree?

Valaena Velaryon is the first character with incredible significance to Game of Throne's larger story as her mother was a Targaryen.

Valaena went on to marry Aerion Targaryen, and the pair had three children: Visenya, Aegon, and Rhaenys Targaryen.

While it was a Valyrian custom for siblings to marry, Aegon ended up marrying and having children with both of his sisters.

Valaena was also related to Daemon Velaryon, but Game of Thrones’ books doesn't make it clear how they are connected in the family tree. 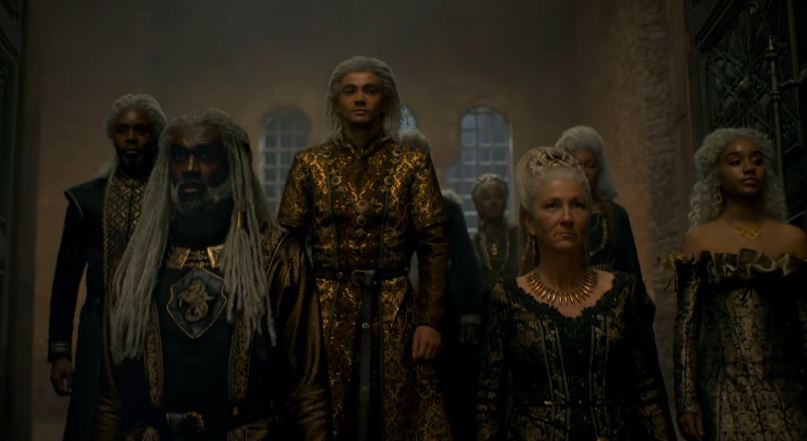 At the time of the conquest, Daemon Velaryon was the closest friend and ally of House Targaryen.

His ship and score helped bring Targaryen soldiers back across Blackwater Bay to take Westeros.

More on House of the Dragon 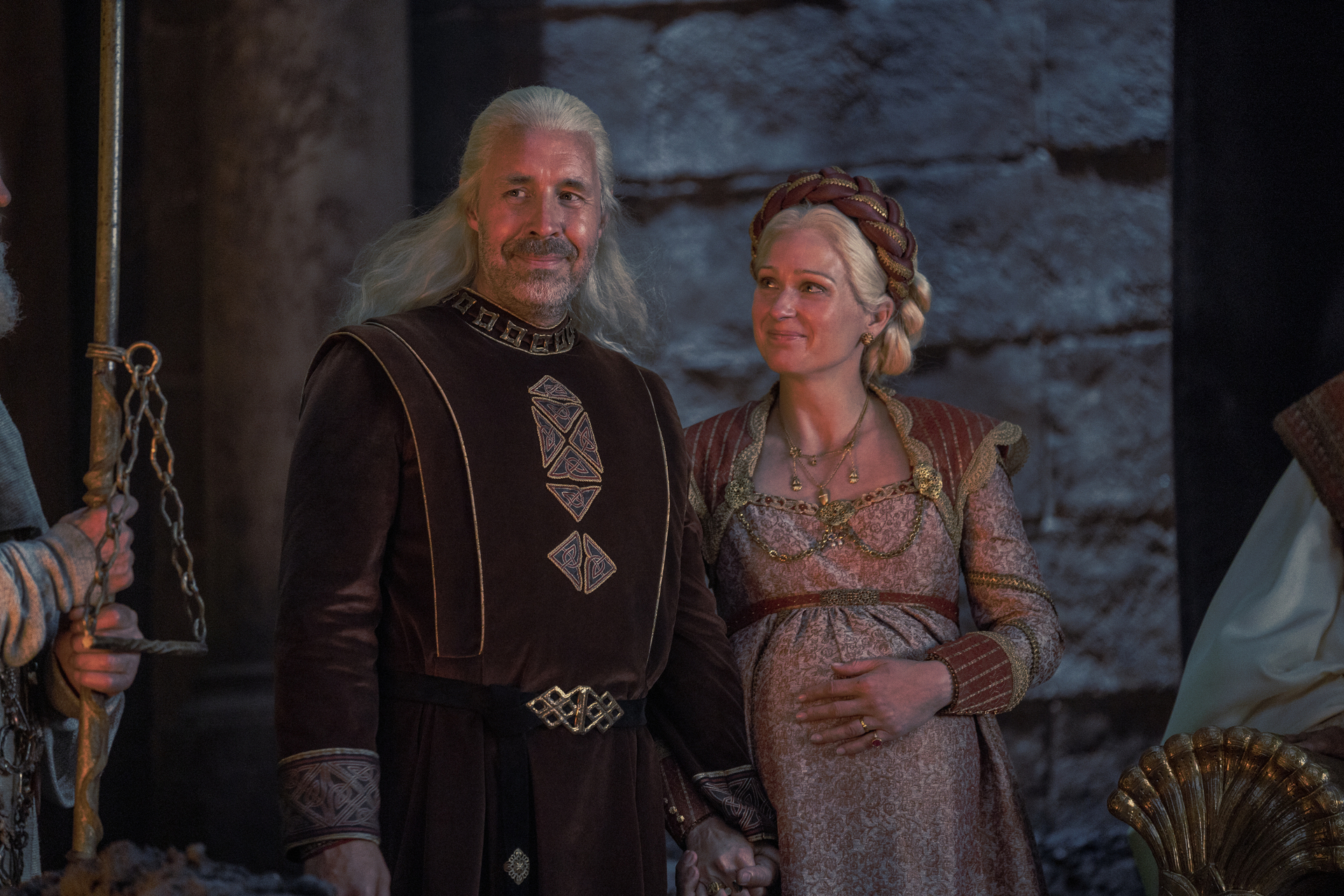 House of the Dragon fans ‘sickened’ by twisted childbirth scene

For this, Daemon was named the first master of ships for Aegon the Conqueror.

The Game of Thrones world’s Daemon Velaryon had two sons: Aethan who succeeded him as Lord of the Tides upon his death, and Corlys who became the first Lord Commander of the Kingsguard.

Aethan Velaryon was the eldest son of Daemon.

He continued to serve as master of ships and the Lord of the Tides when Aegon's son, Aenys Targaryen ascended the Iron Throne.

Aethan died sometime between the ages of 45 and 47 AC.

latest on Game of thrones

House of the Dragon fans 'sickened' by twisted childbirth scene 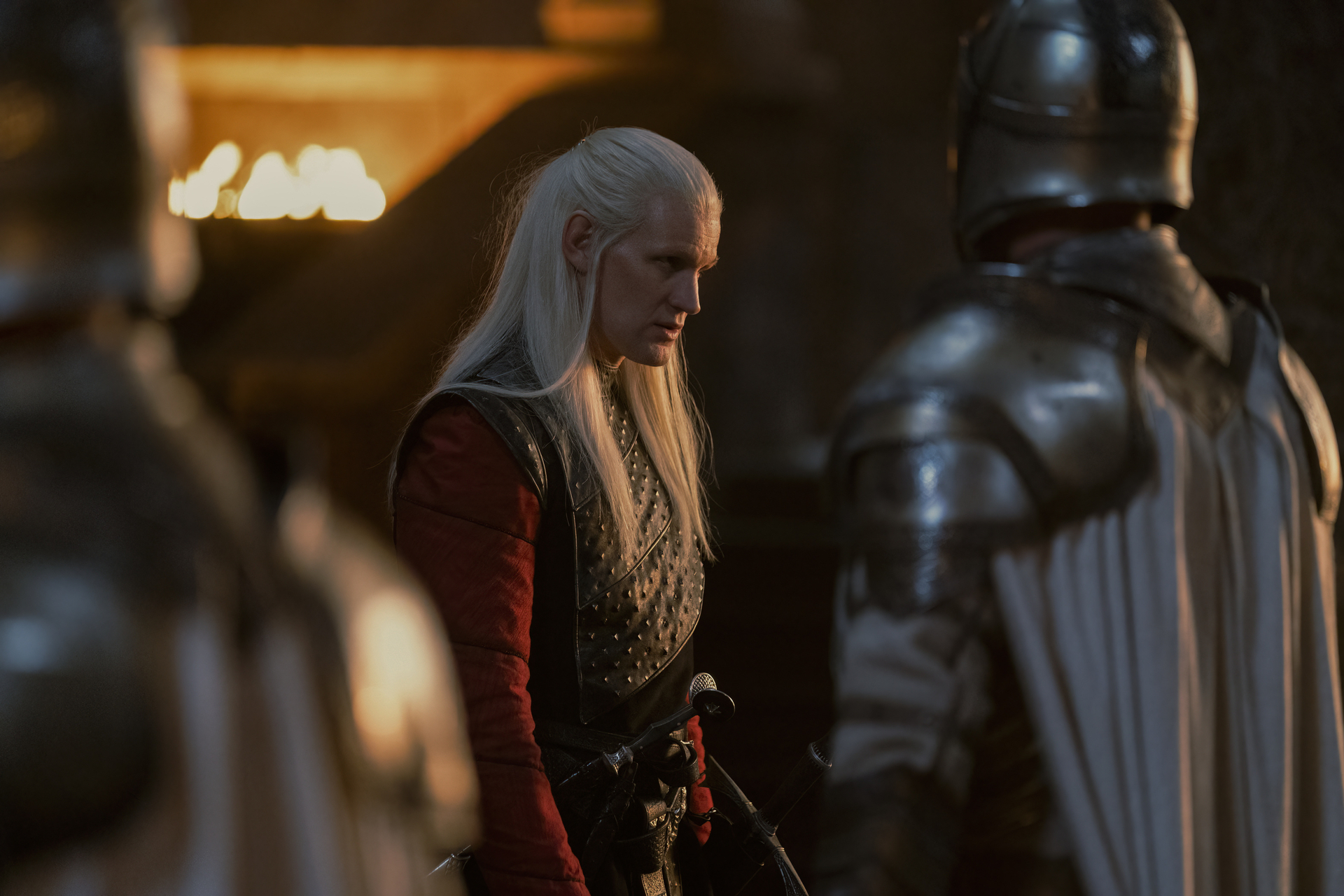 Daemon became the leader of House Velaryon after his father Aethan's death.

Serving as master of ships, Daemon Velaryon also became the Hand of the King during Jaehaerys’ reign.

However, after the death of his sister Alyssa, he resigned from office and returned to Driftmark to spend time with his family.

And while Daemon had several children, he outlived them all.

The historic Game of Thrones figure passed away sometime between 88 and 90 AC.

Corlys Velaryon is a major character in House of the Dragon's Targaryen civil war story.

However, he is best known for his exploits at sea before the Game Of Thrones prequel series' timeline.

By the time he reach 16, he became a captain and was famous for his nine voyages to Essos, which saw his wealth grow tremendously.

Corlys, nicknamed the Sea Snake, also went down in history as the first Westerosi to sail the Thousand Islands and visit N’ghai and Mossovy.

He had two children, Laenor and Laena, who both married heirs to King Viserys I Targaryen.

While Vaemond Velaryon is Corlys’ nephew in the Fire & Blood book, House of the Dragon changed the character to be Corlys’ younger brother.

Vaemond had two sons, Daemion and Daeron Velaryon, who all challenged the succession of Driftmark upon the rumours of the illegitimacy of Laenor Velaryon’s sons with Rhaenyra Targaryen.

Following Vaemond's death, some of his nephews brought their claims to the ill King Viserys I Targaryen, who cut out their tongues.

His nephews eventually conspired to assassinate Corlys’ named heir, the legitimized Alyn Velaryon, with Rhogar being captured and sent to the Night’s Watch.

The eldest son of the Sea Snake and Rhaenys Targaryen was House of the Dragon’s Laenor Velaryon, a dragon rider who married Rhaenyra Targaryen in 114 AC.

However, Laenor was confirmed to be gay in Fire & Blood, which heavily contributed to the rumours that his and Rhaenyra’s three were actually fathered by her sworn shield Harwin Strong.

Laenor was killed in 120 AC by his friend Qarl Corbray in Spicetown.

House of the Dragon’s Alyn Velaryon succeeded his grandfather Corlys as Lord of the Tides.

He married Baela Targaryen, the daughter of Laena Velaryon and Daemon Targaryen.

The Game of Thrones character served as master of ships for King Aegon III Targaryen and saved the future King Viserys II Targaryen from being captured in Lys.

The next known descendant of Game of Thrones’ House Velaryon is Lucerys.

Lucery served as Master of Driftmark and master of ships during the reign of Aerys “The Mad King” Targaryen.

It’s unclear when exactly Lucerys died before Game of Thrones’ timeline, but he is related to his successors.

It's assumed that he died during the momentous Robert’s Rebellion.

Monford Velaryon is the leader of House Velaryon at the beginning of Game of Thrones’ timeline.

However, he was never featured as a character in the HBO series.

The Game of Thrones character supported Stannis Baratheon’s claim to the Iron Throne, where he died during the Battle of the Blackwater.

Around 200 years after House of the Dragon’s timeline, the leader of House Velaryon is Monford’s young son.