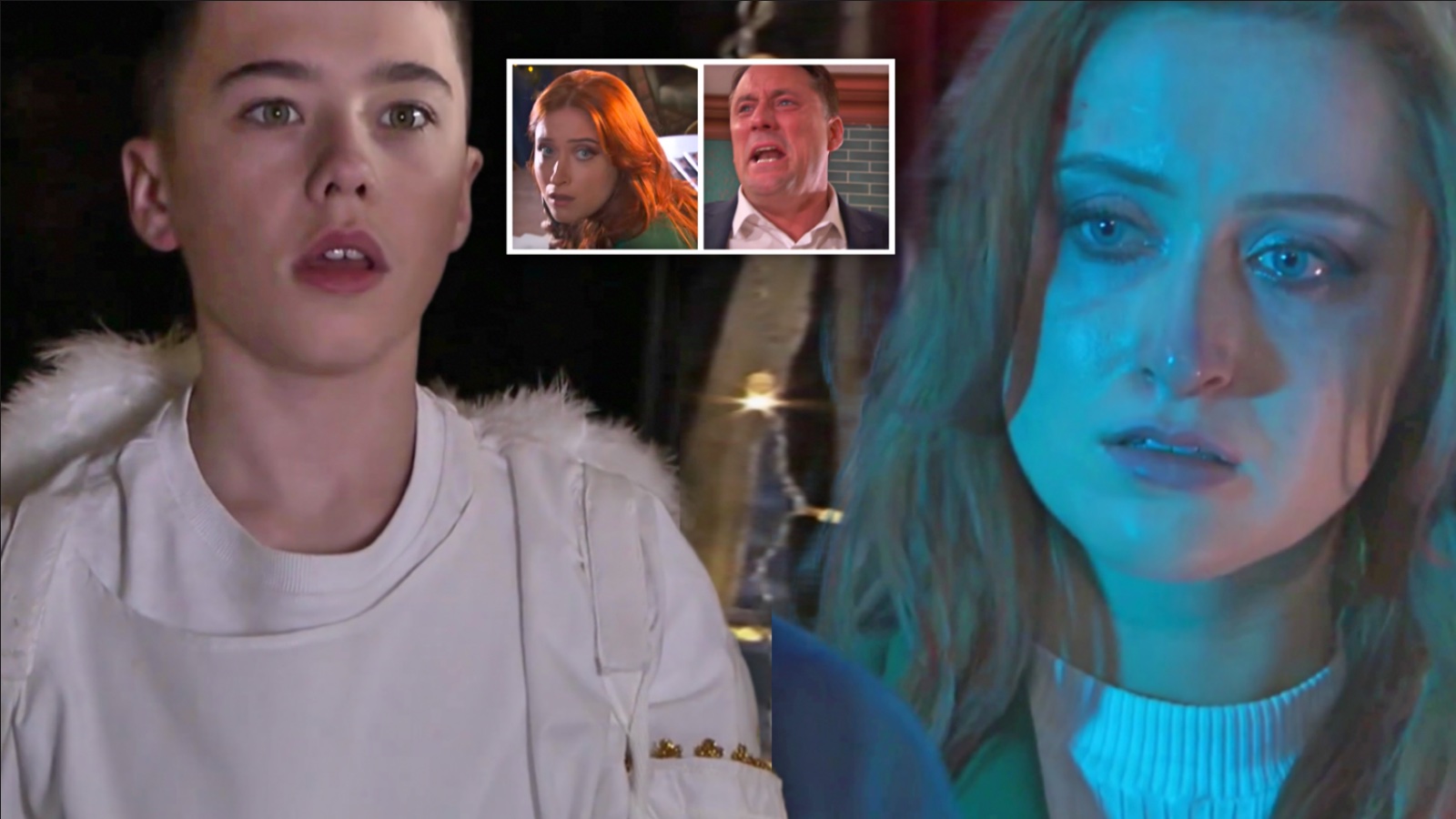 Verity Hutchinson (Eva O’Hara) died in heartbreaking Hollyoaks scenes, after being brutally attacked at her place of work, with the killer crushing her under a bookcase.

The popular character, who made her debut almost three years ago, was investigating brother Eric Foster (Angus Castle-Doughty) when the incident took place, and thus viewers thought the radical misogynist was to blame.

But this was one crime that Eric was actually innocent of, with a flashback scene confirming that Bobby was the killer.

Verity, as viewers know, had been looking into building a case against Bobby, on the request of Goldie McQueen (Chelsee Healey). Determined to stop her in her tracks, Bobby clobbered the lawyer with Silas Blissett’s (Jeff Rawle) big book, before pushing a book case on top of her.

Tuesday’s (December 6) first look offering of the Channel 4 soap picked up shortly after the attack, with Verity regaining consciousness and, writhing in agony under the bookcase, she screamed for help.

Using all of her might, she mustered up the strength to free herself from captivity, before making her way into the village. John Paul (James Sutton) was quick to notice her as she approached slowly – evidently having been attacked.

Tony (Nick Pickard), who had just switched on the Christmas lights, paled upon seeing his sister in such agony, and he headed over to her to find out what’d transpired. Verity, however, collapsed in his arms.

Subsequent scenes saw her loaded into an ambulance, and Eric – distraught to find out what happened – decided to accompany her to the hospital.

On the way there, he pleaded with Verity to wake up, vowing to be a better man if she does. Vertity momentarily regained consciousness, listening to Eric’s plea, but she soon slipped away.

Shaq Qureshi (Omar Malik) – who had his heart set on proposing to Verity – awaited news of his lover’s condition, but heartbreaking scenes ensued as Eric arrived at the hospital to reveal that Verity had died.

Heartbroken, Shaq put the ring on Verity’s finger, while Tony returned to the pub and embraced Eric, as they both broke the devastating news to Diane (Alex Fletcher).

Verity made her Hollyoaks debut during the one-off late-night special, the return of Hollyoaks Later, back in January 2020, where she hit it off with Sami Maalik (Rishi Nair).

The character proved a huge hit with fans and subsequently returned, where she and father Edward (Joe McGann) became regulars of the eponymous village.

During her time on the show, Verity was at the centre of a number of major storylines, such as her romances with Sami and Shaq, coming to terms with dad Edward’s villainy – as well as that of her brother Eric – and forging a strong bond with long-lost brother Tony.

The character was incredibly well-written and actress Eva O’Hara, who is a revelation, has been nothing short of spectacular, cementing Verity as one of the greatest additions to soap genre in recent memory.

Hollyoaks continues Wednesday December 7 at 7pm on E4, or stream the next episode from midnight on All4.