VICTORIA Beckham trolled her eldest son Brooklyn over his "dodgy top" as he hugged sister Harper. 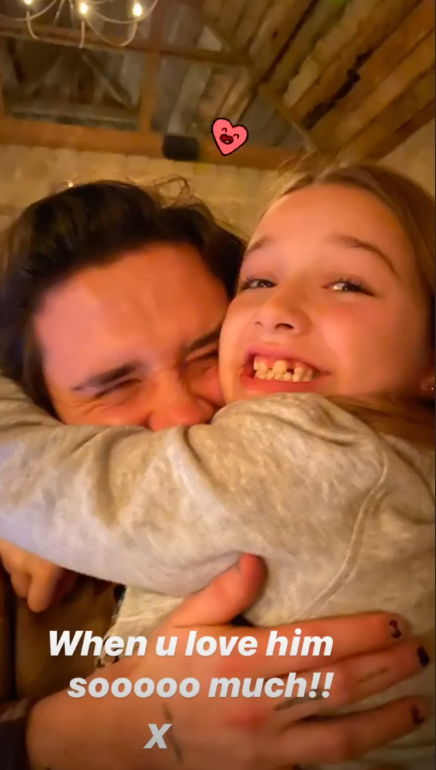 The youngest Beckham is giving her big brother a squeeze in the first pic, which Victoria captioned: "When u love him soooo much!!"

Then in the next one, the fashion mogul lands a dig on her eldest's clothing choices, by writing: "Even if he is wearing a dodgy top".

The family had an action-packed Christmas season – and even welcomed a new member into the clan in the form of puppy Sage.

David shared a photo of Harper kissing the adorable pup on Instagram, captioning it: "Little Sage being welcomed to the family this Christmas morning." 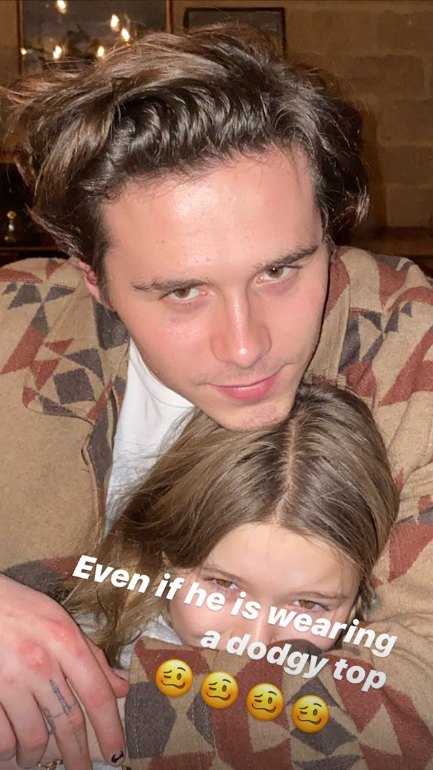 Sage joins their other dogs Olive and Fig, who were wrapped in festive jumpers.

The former footballer looked very dapper in a tweed jacket and tie, as he carved a large golden turkey.

He also shared a bucket of American beers, vegetables lightly frying in a pan, Brussels sprouts and some mini roast potatoes.

Victoria earlier revealed she and Harper had matching golden sleepwear. 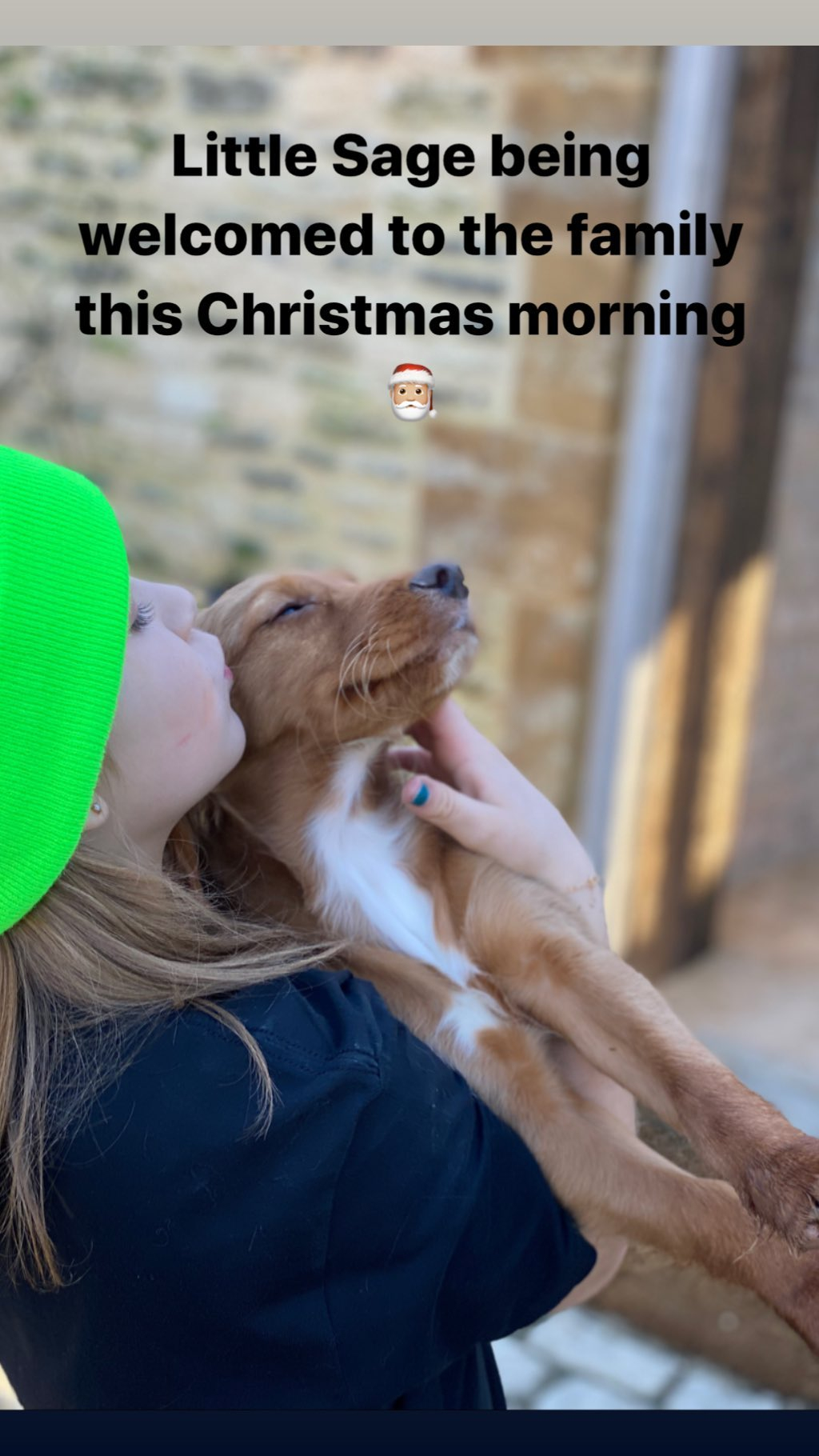 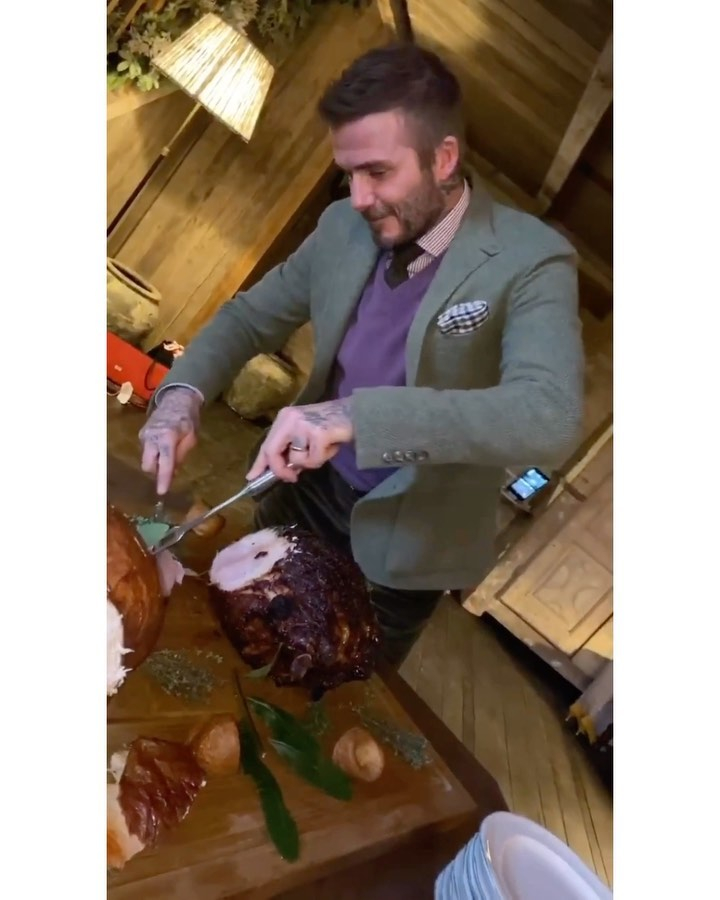 The fashion designer wrote: "The elf came and the Beckham ladies love their pajamas!!!!"

The Beckhams are just one of the countless celebrity families who have shared their Christmas with followers.