Vikings’ Kwenthrith star details scrapped plans for her death: ‘She wouldn’t do that!’

Ever since her introduction in the second season of Vikings, it became clear Kwenthrith (played by Amy Bailey) was not someone to be messed with. The daughter of the late King Offa of Mercia, Kwenthrith made it her mission to rule the land previously of her father solo – although faced fierce opposition and back-stabbing (literally) from the likes of King Ecbert (Linus Roache) and brother Brihtwulf (Ian Beattie) to name a few. Eventually, a pregnant Kwenthrith met her comeuppance in season four at the hands of Judith (Jennie Jacques) but in an exclusive chat with Express.co.uk, Bailey revealed this isn’t how she was first supposed to bow out.

Kwenthrith’s death remains one of the most iconic in Vikings history due to its particularly gruesome and callous manner.

After years of torment at the hands of Ecbert, Kwenthrith finally had him in her sights, with a knife pressed against his throat.

But in a shocking turn of events, Ecbert’s lover Judith stabbed her in the back, figuratively and literally, leaving Kwenthrith dying on the floor of his chambers – with even the great Aethelwulf (Moe Dunford) unable to save her.

So when asked why she felt Kwenthrith delayed killing Ecbert when she was so close to doing so, and whether or not she thought the former princess would have even gone through with it without Judith’s intervention, Bailey had quite the answer. 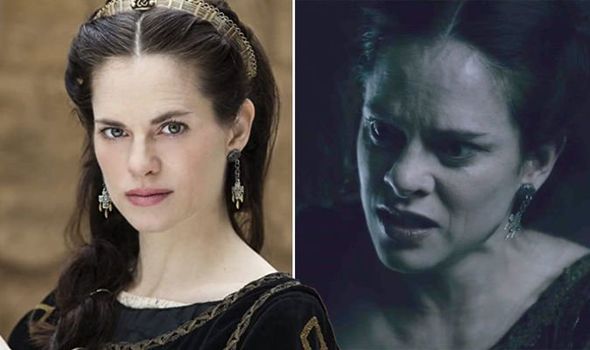 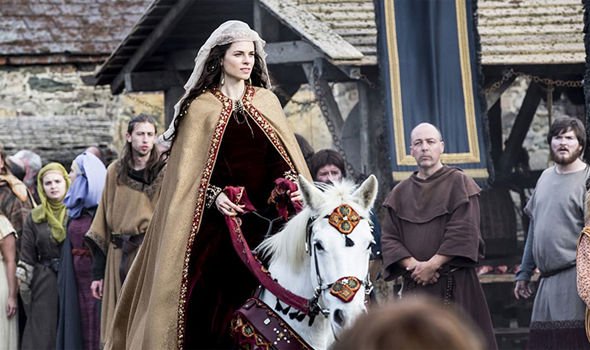 “Oh, that’s such a good question. No one has ever asked me that and I’m ashamed to say, I never thought about it at the time,” Bailey began.

“I guess, if she wouldn’t have killed him, she was done for. If she would have gone ahead and slit his throat, she would have been done for so it’s in that weird suspension of time,

“Which I’m sure we’ve all had glimpses of where you’re just in utter panic, and nothing really makes sense.”

The Vikings star continued: “You’re just in the moment and pure emotion, you know, so I don’t think she even really had a plan. Like, I’m going to cut his throat. And I’m going to be queen and then you know, it was just – it was all downhill at that point.” 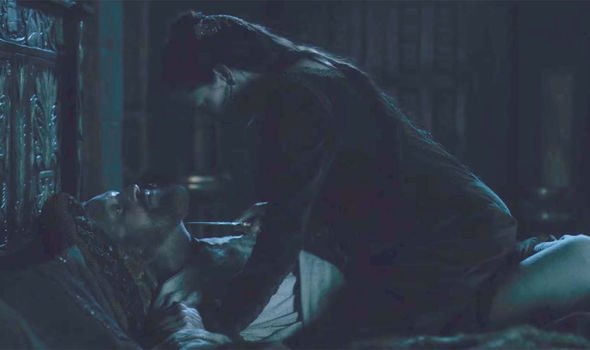 Bailey then detailed how the scenes were almost very different in showrunner Michael Hirst’s original plans for the character’s exit.

“Originally, Michael had written me (out) – because we knew we were gonna have to write me out because I was like about to pop with twins at that point,

“And originally, he had written Kwenthrith slitting her own wrists in the bath by herself. Isn’t that crazy?

“The amazing thing about Michael, I don’t know how he managed to do this because he was one writer on the show, he was very generous with letting us chime in about things about our character.” 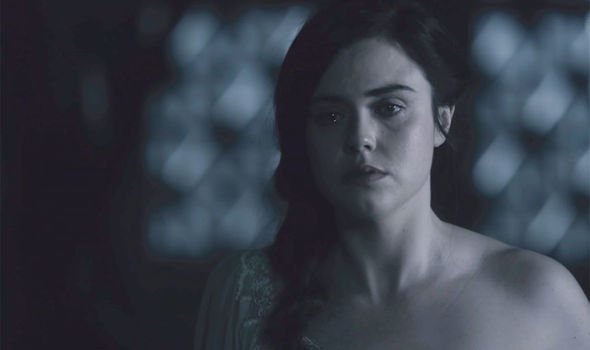 The actor continued: “And, you know, sometimes it got too much, and sometimes the whole cast would get a round-robin email that was like, leave Michael alone. (Laughs)

“But he was really generous and open with me about that. I wrote him an email, which I think I’d only done twice in all of my time on Vikings sort of protesting what he’d written, and I was like, she just wouldn’t do that.

“She’s pregnant. She loved being a mother, that was the one light in her life. And she’s pregnant with Aethelwolf’s son. She genuinely loved Aethelwolf, he was the only one that she ever loved besides her child.

“So I wrote back and I was like, if she goes down, she’s gonna go down.”

So it looks like if it wasn’t for Bailey’s protests, Kwenthrith’s exit could’ve been very, very different.

While she may no longer be a part of the History series, fans can see Bailey back on screen in the action-packed thriller, Knuckledust.

“It was a hell of a script,” Bailey said of her latest role. “It was like ‘Oh, my god’ because it’s just like – the movie is non-stop. The script is non-stop.”

Knuckledust is a dark action-comedy set in elite illegal fight den with one man trying his best to escape its clutches.

Knuckledust is released on digital from December 11 (release details are here).