Vikings season six, part two has been a long time coming for fans of the historical drama, who have waited almost a year for the final episodes. Fans had been worried the final half of season six would be delayed until 2021, but on December 2 it was announced the final episodes would air before the end of 2020. However, there is no sign of the series finale arriving on History any time soon, and Express.co.uk has all you need to know.

When will Vikings season 6B air on History?

Vikings fans got a surprise on December 2 when they discovered Amazon Prime Video would be taking control of the series for its final instalment.

The historical drama, created by Michael Hirst, had been made exclusively for the History Channel up until this point.

However, for the final 10 episodes, the series will be moving to Amazon first, before airing on History later in 2021.

The streaming platform struck an agreement with History giving it the rights to air the final season exclusively before anyone else.

In another twist, it seems all 10 episodes will air at the same time, as opposed to the usual weekly releases.

Some fans were left disappointed, saying they would rather keep the suspense going weekly than binge all 10 episodes at once. 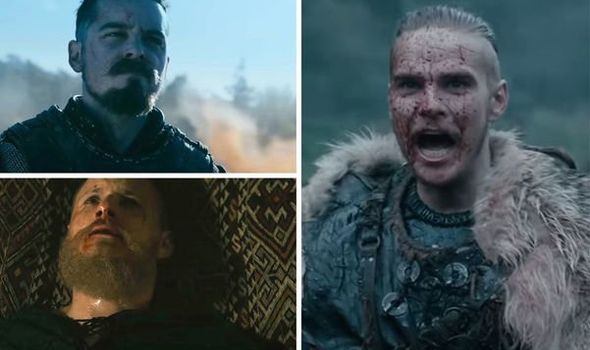 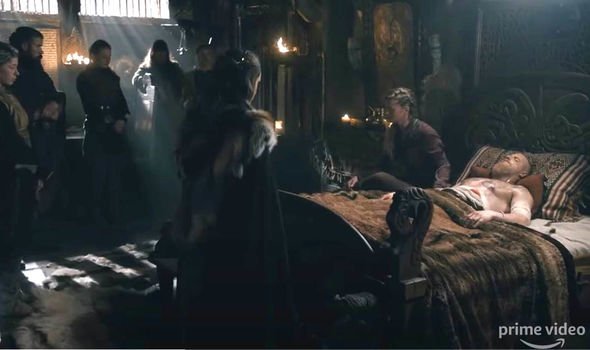 The final 10 episodes will be made available on the same day in the US, UK, Germany, Austria and Ireland.

The move comes as History intends to focus on limited miniseries as opposed to long-running scripted shows like Vikings.

Fans are wondering when the final episodes will arrive on History, and although an official release date is yet to be announced, there is some indication.

The end of the trailer for the final season states: “Prime Video, streaming exclusively December 30- March 30.”

With this in mind, it seems the final season will not arrive on History until after March 30, once it has had its run on Prime Video.

Despite the uncertainty surrounding the History release, fans have already expressed their excitement for the final season. 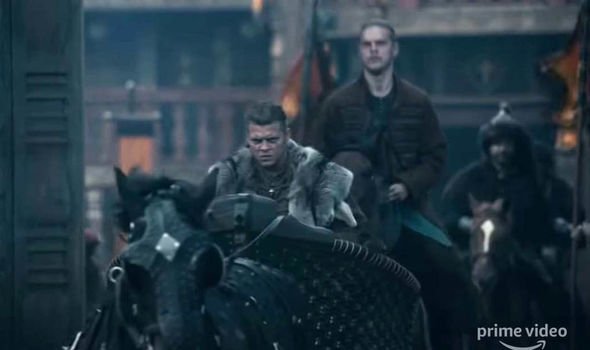 The trailer for the final 10 episodes has been released and it shows a badly-injured Bjorn Ironside (played by Alexander Ludwig) in bed, recovering from the Rus battle.

The Vikings have tried to encourage him to heal so they can lead them in an ultimate battle to defeat Prince Oleg (Danila Kozlovsky).

Fans have also been left wondering whether Ivar (Alex Høgh Andersen) will continue to fight alongside Oleg, as he said his destiny lay elsewhere.

Meanwhile, Ubbe (Jordan Patrick Smith) and his wife Torvi (Georgia Hirst) remain in Iceland and the warrior is determined to find the “golden land” and fulfil his father’s legacy.

Fans will also see Ivar face King Alfred (Ferdia Walsh-Peelo) in a huge battle which could lead to the former’s demise. 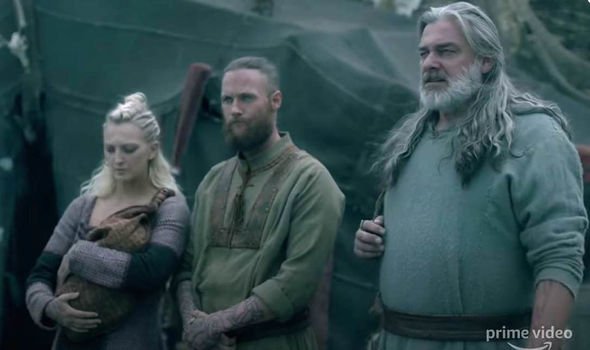 The stars have shared the latest trailer on their Instagram accounts and they are excited for fans to find out what is to come.

Actor Ludwig said: “What a tremendous and epic journey it has been. Wait until you see how it ends. The final season of #Vikings hits Prime Video on December 30. Mark your calendars.”

Smith said: “The end, the final season. What a ride. December 30 on @amazonprimevideo.”

Hirst said fans will be left in tears by the end of the series finale, adding: “Our monumental Vikings saga is coming to its conclusion, but not before you’ve had to chance to watch some of my all-time favorite episodes.

“Prime Video will uniquely expose the series finale to a streaming audience first. Prepare to be astonished, and for many surprises along the way. And if you have tears to shed, then also be prepared to shed them.”

So if fans want to see the final episodes at the earliest opportunity, they will need to sign up for an Amazon Prime Video account.

Fans in the UK can pay for a £79 annual subscription or a monthly subscription for £7.99 a month, and they will benefit from a 30-day free trial.

Viewers have taken to Twitter to share their thoughts on the final episodes, with one saying: “Best news of the week is Vikings season 6 part 2 is available to watch from December 30.”

Another post said: “After 6 monumental seasons, the #Vikings saga will conclude with 10 final episodes. Legends will fall, heroes will rise, and no one will escape their fate in this epic series finale, premiering on @PrimeVideo on December 30. [sic]”