Vikings: Why did Aethelwulf have to die? Was Aethelwulf’s death accurate?

Vikings is taking a mid-season break on History and Amazon Prime, and the show is now in its sixth season. Fans have been thinking about some of the most iconic deaths throughout the series, including the death of Aethelwulf (played by Moe Dunford), who was the son of King Ecbert (Linus Roache). The king’s son suffered a terrible fate in season 5 and fans have been speaking out about his untimely death.

Fans are introduced to Aethelwulf in season two of Vikings, as the prince of Wessex and Mercia, who is brave on the battlefield.

By season three he has become accustomed to his father’s obsession with Vikings, including Ragnar Lothbrok (Travis Fimmel) and he attempts to befriend them.

Aethelwulf was married to Judith (Jennie Jacques) but she ended up having an affair with Ragnar’s Christian friend Athelstan (George Blagden) and she was carrying Athelstan’s child.

Although Aethelwulf was ashamed at his wife at the time, he showed support for her when Alfred (Ferdia Walsh-Peelo) was born.

Aethelwulf then went on to have an affair with Kwenthrith (Amy Bailey), making him just as guilty as his wife. 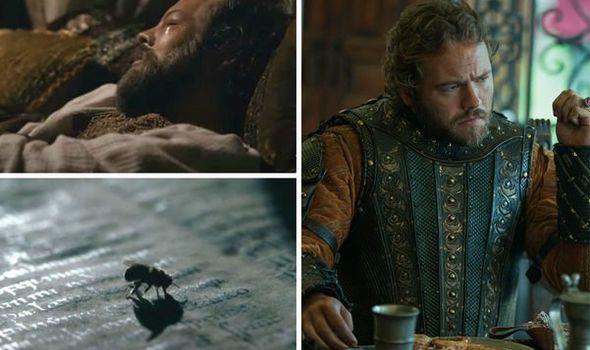 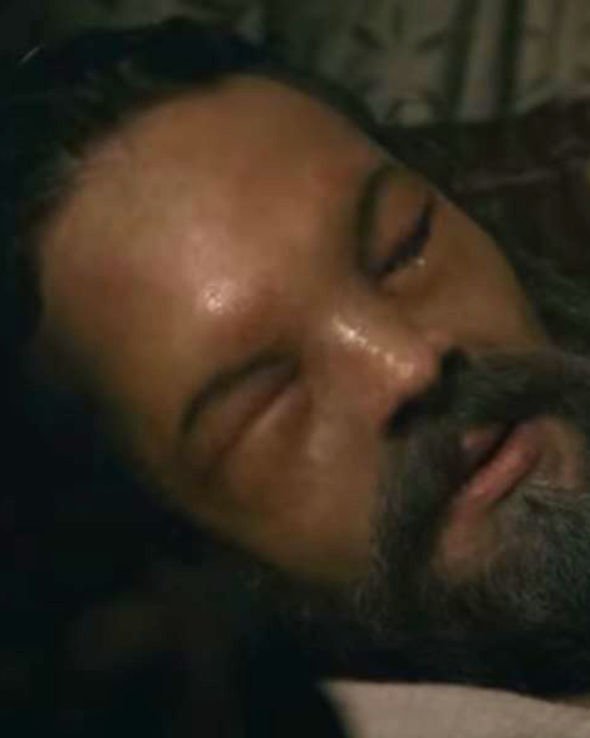 Why did Aethelwulf have to die?

At the end of season four Aethelwulf had to warn his father to evacuate the kingdom after suffering a heavy loss against the Vikings.

Ecbert stays put, wanting to die at the kingdom, and passes down the crown of Wessex to his son, but Aethelwulf and Judith are in exile by season five.

He ends up leading the Saxons into battle in York, but they are lead into a trap and have to retreat. Ragnar’s sons then visit Aethelwulf to propose a peace treaty.

Fans who came to like Aethelwulf’s character wanted him to have a noble death on the battlefield, and they were shocked to find out he died from being stung by a bee.

During season five he is reading a book that his father had ordered and he is stung by a bee. He had previously referred to Vikings as “stinging hornets” and laughed at the irony. 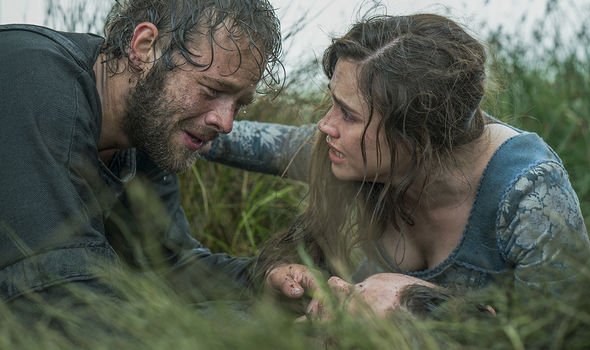 However it later transpired he was allergic to bees, and the sting caused his face to swell, eventually killing him.

Fans have taken to Reddit to show their disappointment over how Aethelwulf died, saying his death should have been more dramatic.

Ghostface1357 said: “I didn’t like how rushed it was, but it kind of makes sense with his arc throughout the show.

“He was just constantly f* over by his father, his wife and the Northmen and then instead of dying on a battlefield which we expected, he dies to a bee. A tragic arc from beginning to end.”

However, some fans thought the scene had a more poignant message, with Karinbby saying: “I kind of loved it.

“Everyone [is] dying on the battlefield and dying honourable deaths… and then this man showed the realness of how something innocent could still kill you.”

Fans have said he was always meant to have an unlucky ending, as his character had experienced tragedy his whole life.

Ghostface1357 added: “Whilst I think it was rushed, I think that was the whole point. His life was a tragedy from beginning to end.”

However, some viewers were disappointed to see him die in season five as they had grown to like his resilient character.

Patmichael1229 said: “It sucked. He was quickly becoming my favourite and was finally seeming to come into his own.”

Fans have asked whether a bee sting could have really killed someone during that time, and fans with knowledge on Anglo-Saxon history say it would not have been impossible.

BRIStoneman said: “Aethelwulf dying of an allergic reaction wouldn’t be impossible at all during the ninth century.

“English medical texts like Bald’s Leechbook, however, while acutely aware of how to effectively deal with gangrene, treat infections or aid an inflamed liver, are quite unaware of how to deal with allergies, or indeed even what allergies are.

“For what it’s worth, the actual cause of Aethelwulf’s death is completely unrecorded in any contemporary literature.

“It could have been a bee sting, but it could equally have been from falling out of bed or the salmon mousse.”

Historians say it is most likely he died from old age or other natural causes, rather than being stung by a bee.