'WandaVision': Who Is Mephisto? A New Theory Suggests He's Hiding in Plain Sight at S.W.O.R.D.

After more than a year without Marvel content, fans were more than ready for WandaVision to come onto their screens. And not only is it unlike anything the Marvel Cinematic Universe has ever done, but it’s ripe for theories. One that’s popped up a ton has to do with Mephisto — whether he’s even going to appear on the show or not — and a new addition to that theory includes who might be posing as the devilish villain. [Spoiler Alert: Spoilers ahead for WandaVision].

More info was revealed on how Wanda retrieved Vision’s body 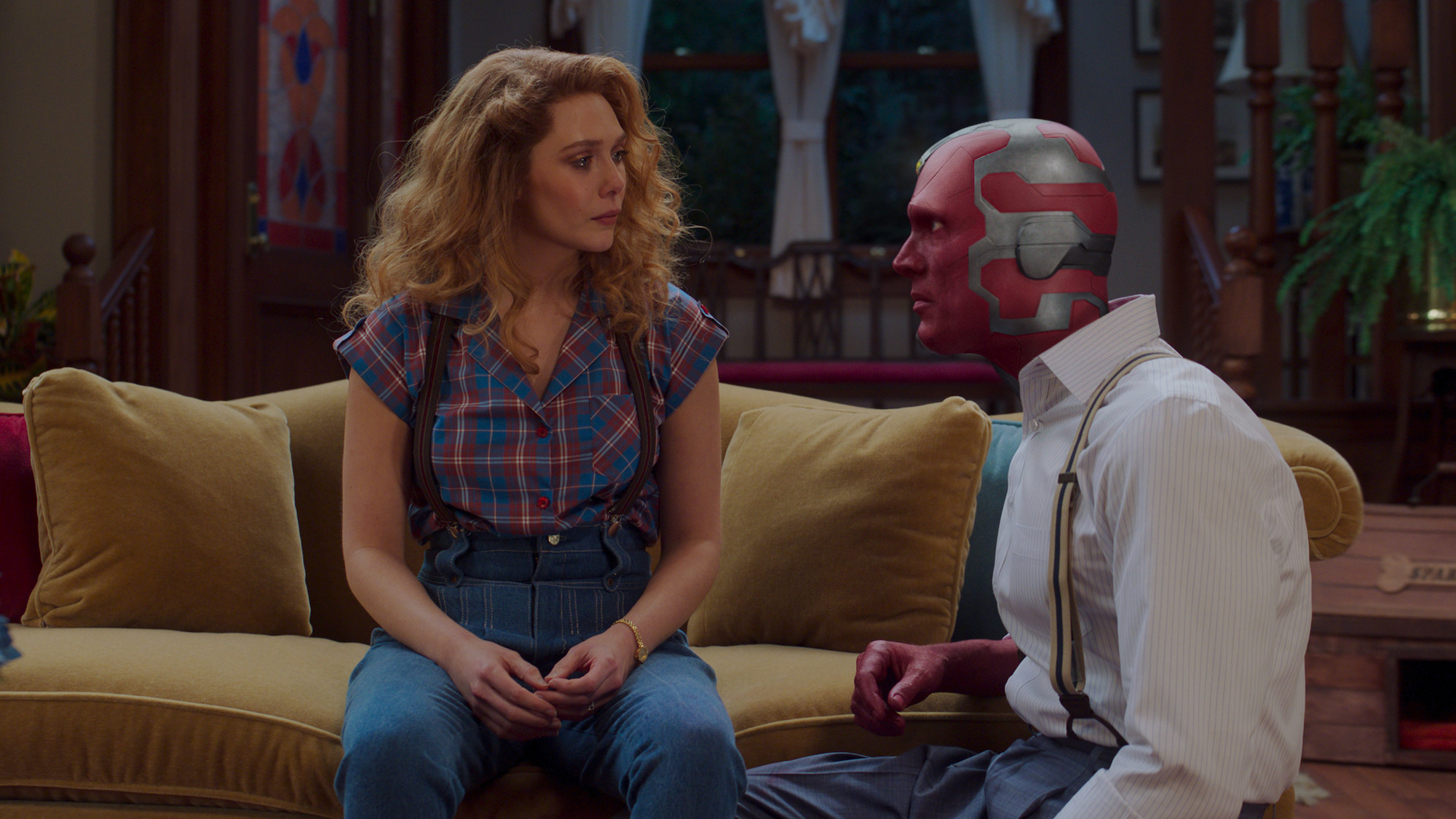 Episode 5 showed Monica Rambeau’s return to the “real” world after living in Wanda’s reality for a bit. Even though she was part of that hostage situation, she’s still very much in Wanda’s corner. She doesn’t agree with Director Hayward’s assessment that Wanda’s a terrorist threat, nor that she’s always been that way.

Hayward shows video footage of Wanda storming into the S.W.O.R.D. facility nine days before — which is a few weeks after Avengers: Endgame — stealing Vision’s body. Again, with her calm, yet grieving demeanor at Tony Stark’s funeral, it’s a bit odd that she was so furious running into the building to take her former lover’s body.

Because of this, some fans aren’t sure they should believe Director Hayward. Along with his obvious bias against Wanda Maximoff, and his plan to bomb her with a Stark missile — harsh, considering that’s what killed her parents — Wanda of course isn’t a fan of his. And neither are many viewers. And a new theory puts him at the center of the “Who is Mephisto?” question.

Mephisto is an extra-dimensional demon from the comics who is referred to as Satan, rules a Hell-like realm, and looks like a muscled devil. Theories have been around for a while that he’s causing a muck around WandaVision and somehow has his hand in Wanda’s situation.

And now a growing theory among fans involves Director Hayward and accuses him of being Mephisto. One TikTok user lists a few reasons why that could be. For one, the certificates in his office are in the shape of what looks like could be a hexagon. And hexagons have been a major hint at Mephisto, for those that believe in the theory, because it’s a 6-sided shape, as Polygon reported.

Another hint that Hayward is Mephisto is the fact that S.W.O.R.D. is now making weapons. As Monica Rambeau tells him, the organization was only meant to observe and protect, not create weapons, and be on the offensive in that way. This might bleed into the theory that S.W.O.R.D. was trying to reanimate Vision’s body, however it might also point to Mephisto/Hayward’s ulterior motives of pushing Wanda to the brink. Making her so angry that she creates the multiverse. Which is, of course, another part of this theory.

Is Mephisto’s goal to get Wanda to open the Multiverse?

Right now, Hayward is the sole driver of Wanda’s aggravation. And with all the added stress, tension, and threat to her reality, viewers already see the beginning of the break in the multiverse: the arrival of Evan Peters’ Pietro. It’s not some random actor brought in to replace Aaron Taylor-Johnson’s Pietro; Peters played Peter Maximoff in the X-Men movies, and that universe.

The acting theory here is that Mephisto, as Hayward, is egging Wanda on, making her so angry so that she accidentally opens the multiverse. The TikTok user points out that Hayward should have known the missile wouldn’t work on her. So why even deploy it? To anger her. And after a day that involved the missile, Vision’s outburst, and the twins’ questions, it’s significant that that’s when Peters’ Pietro shows up.

So, as always, time will tell if this theory is correct. But if Mephisto does show up in WandaVision, Hayward is a prime suspect in current characters who he could be.