“It’s more than a horror film,” Devon Sawa tells ET of his new movie, Hunter Hunter, in which he plays the patriarch of a family living off the grid in the wilderness, struggling to make ends meet working as fur trappers. Watch the trailer above, exclusively debuting on ET.

When Sawa’s Joseph Mersault suspects a rogue wolf is hunting their traps, he sets out to catch the beast himself, leaving his wife (Camille Sullivan) and daughter (Summer H. Howell) to fend for themselves. When a mysterious stranger (Nick Stahl) shows up outside the cabin asking for help, the family is forced to reckon with the idea that they’d feared the wrong predator.

“It’s a psychological thriller told through the lens of a family living on the edge of civilization and whose world is being left behind,” Sawa says. “As harsh and inhospitable as nature can be, there’s always something worse… The incredibly shocking ending of the film really speaks to that.”

It all leads to what is being touted as one of the most insane, jaw-dropping, WTF-just-happened endings of the year. See for yourself when writer-director Shawn Linden’s Hunter Hunter opens in theaters and arrives on demand Dec. 18. 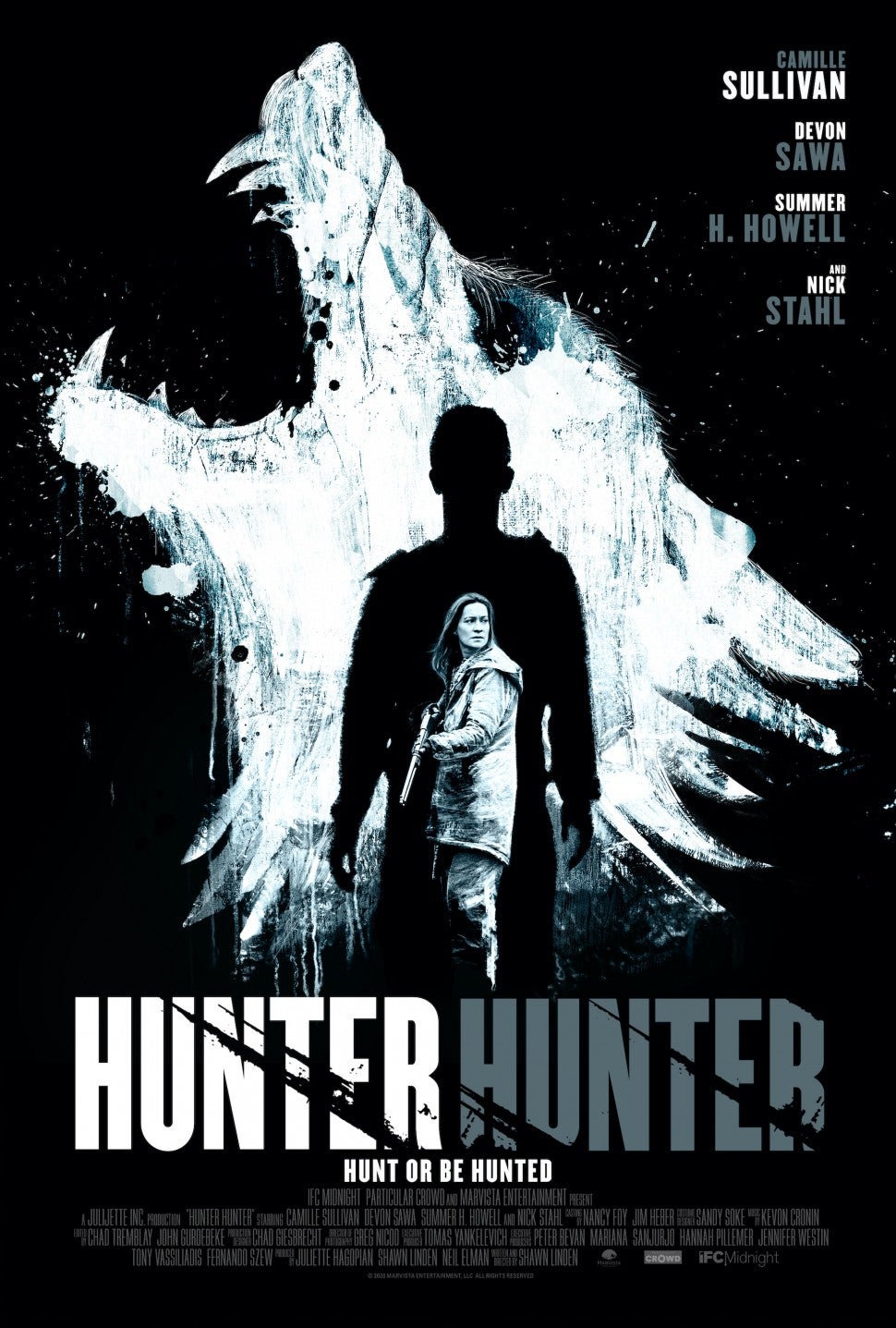