What happened to the Queen’s favourite private secretary Martin Charteris?

The Crown season four came out on Netflix earlier this month and viewers have been hailing it as a gripping watch. From the rollercoaster reign of prime minister Margaret Thatcher (played by Gillian Anderson) to Lady Diana Spencer’s (Emma Corrin) personal troubles becoming the Princess of Wales, the series is filled with drama from the get-go. Although a quieter presence in Queen Elizabeth II’s (Olivia Colman) trusted circle, the monarch’s private secretary Martin Charteris (Charles Edwards) is seen throughout the series.

WARNING: This article contains spoilers from The Crown.

In the first two seasons of The Crown, Martin was played by Downton Abbey star Harry Hadden-Paton.

The grandson of the 11th Earl of Wmyss, Martin had studied at Eton and Sandhurst before later becoming the private secretary to the then-Princess Elizabeth in 1950.

When she did become Queen, Martin was employed as her assistant private secretary, working under Sir Michael Adeane.

Around two decades later, Sir Michael retired and Martin finally took over the role as the Queen’s private secretary in 1972. 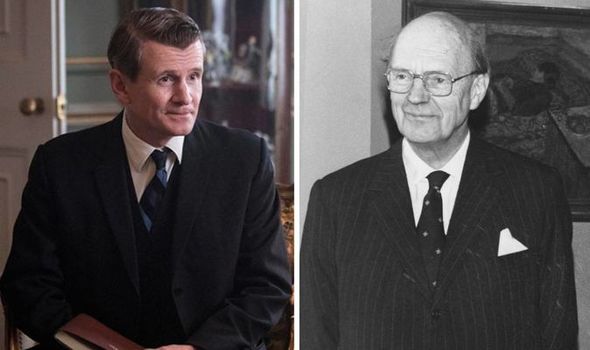 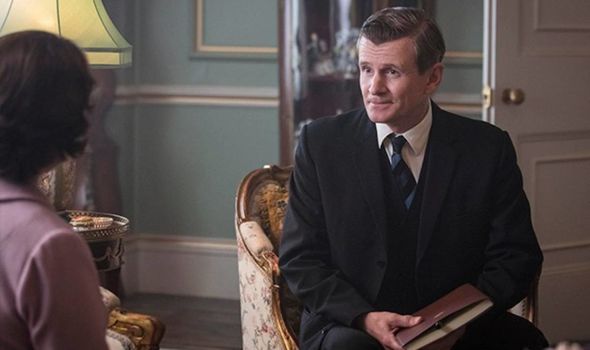 What happened to the Queen’s favourite Private Secretary Martin Charteris?

During the third and fourth series of The Crown, Martin is portrayed by actor Edwards, starring alongside actress Colman as the Queen.

Martin is seen advising her about how to deal with her personal feelings towards Thatcher in series four.

However, in real life, Martin had already retired by this point as he only worked as the Queen’s Private Secretary for five years, ending his duties in 1977.

In an interview with The Spectator in 1995, Charteris said he “sensed it was time to move on”, after helping to arrange the Queen’s Silver Jubilee celebrations. 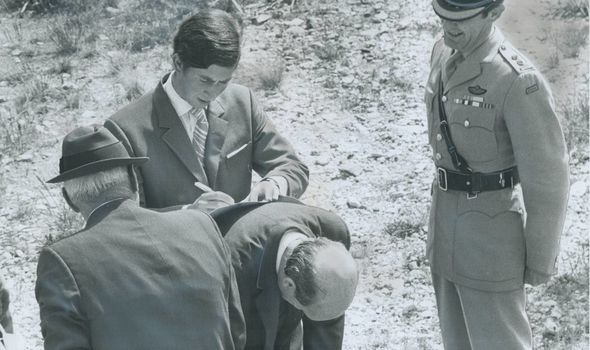 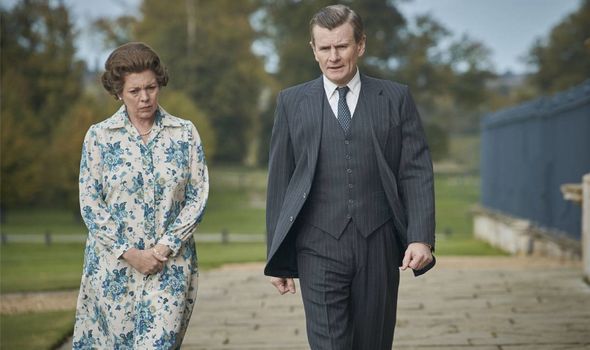 Martin also joked: “I’d been with her a long time… and I never wanted to read a Cabinet paper again or organise another African tour.”

When he did retire, the Queen reportedly presented Martin with a silver tray with the words: “Martin, thank you for a lifetime”, engraved onto it.

Following his departure from Buckingham Palace, Martin returned to Eton where he became the Provost, the chairman of the governing body of Eton College.

He was also granted the honour of being named as a Permanent Lord in Waiting.

Martin died at the age of 86 in 1999 and a Buckingham Palace spokesman said the Queen was “very sad at the news”.

In Martin’s obituary in The Independent, readers found out he was a man of many talents.

The obituary read: “In his spare time, Charteris was an excellent shot.

“He was also an accomplished amateur sculptor; a bust by him of Percy Herbert, Bishop of Norwich, is displayed in Norwich Cathedral.

“More surprisingly, he was an enthusiastic disco dancer, choosing “Rock Around the Clock” as one of his records on Desert Island Discs.”

Martin had previously been very candid in his interview with The Spectator, saying how he thought Prince Charles was “charming” but “whiny”, the Duchess of York “vulgar, vulgar, vulgar” and the Queen Mother “a bit of an ostrich”.

But he always only ever had positive remarks when it came to the Queen herself.

He reportedly once said: “I simply fell in love with her when I met her.

“She was so young, beautiful, dutiful, the most impressive of women.”

The Crown seasons 1 to 4 are available to watch on Netflix.