What is Robbie Williams’ net worth, who is his wife Ayda Field and how many kids does he have?

ROBBIE Williams went from boyband heartthrob to international superstar in a short number of years.

And the Angels singer once again hosted his Soccer Aid fundraiser in London. Here's all you need to know… 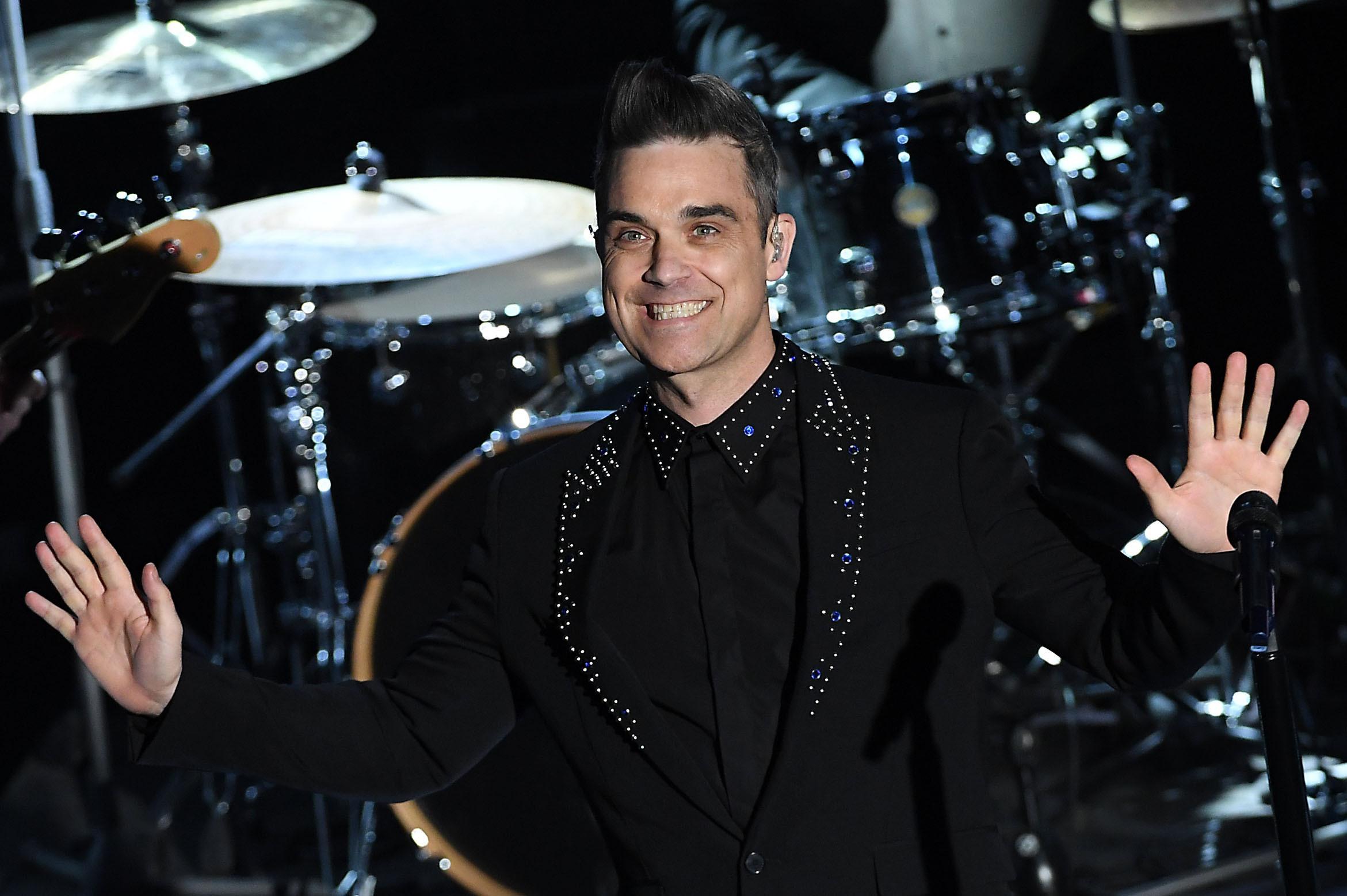 Who is Robbie Williams?

Robbie Williams is a 44-year-old British singer who rose to fame through Take That and later enjoyed success as a solo artist.

He has received a record-breaking 18 Brit Awards after winning his first back in 1998. In 2017 he also picked up the Brits Icon award.

Robbie is actively involved in Soccer Aid for UNICEF and returned to captain England again in 2018.

Days ahead of the big match Robbie was caught up in a massive evacuation of the Mandarin Oriental Hotel in London after a fire broke out there. 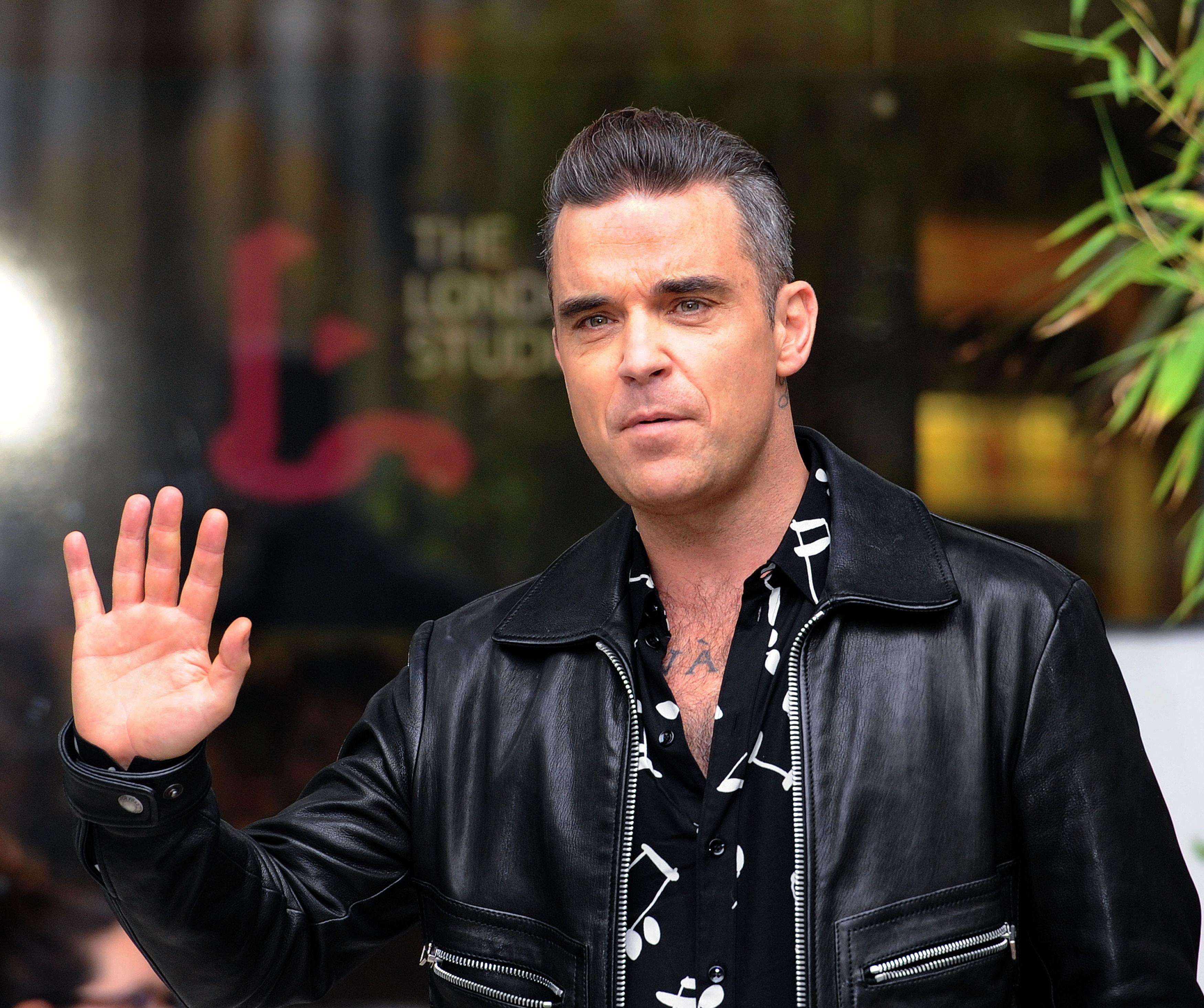 Robbie founded Soccer Aid with his friend Jonathan Wilkes in 2006.

They wanted to raise money for Unicef, specifically to help children in danger around the world.

Every year a host of celebs from the world of entertainment and sport show off their football skills alongside former pros.

Why did Robbie Williams quit Take That?

Robbie Williams has quit Take That twice – back in 1995 and again in less dramatic fashion in 2011.

Dedicated Take That fans were left sobbing in the mid-90s when it was announced that Robbie would be leaving the band.

He left after he was given an ultimatum by the rest of the Take That members to either clean up his act or quit, as drink and drugs began to control his life.

But, in the tell-all documentary Take That: Look Back, Don't Stare, Robbie revealed the extent of his bitter rivalry with Gary Barlow.

Robbie rejoined the band in 2009 but left again in 2011 after signing a solo record deal with Universal Music.

At the time he told The Sun: "The gigs have been absolutely amazing – the best period of my career so far with those boys. Sharing it with somebody is much better than doing it by yourself, but then ego, want, need and a whole heap of other things kick in.

"And you start preparing for your own tour… and the other boys are going away for a bit and I don’t really know what’s on the cards with them. But we have to ride again, we have to – it’s too much fun."

Robbie's songs with Take That include Everything Changes, Could It Be Magic and Relight My Fire (featuring Lulu). 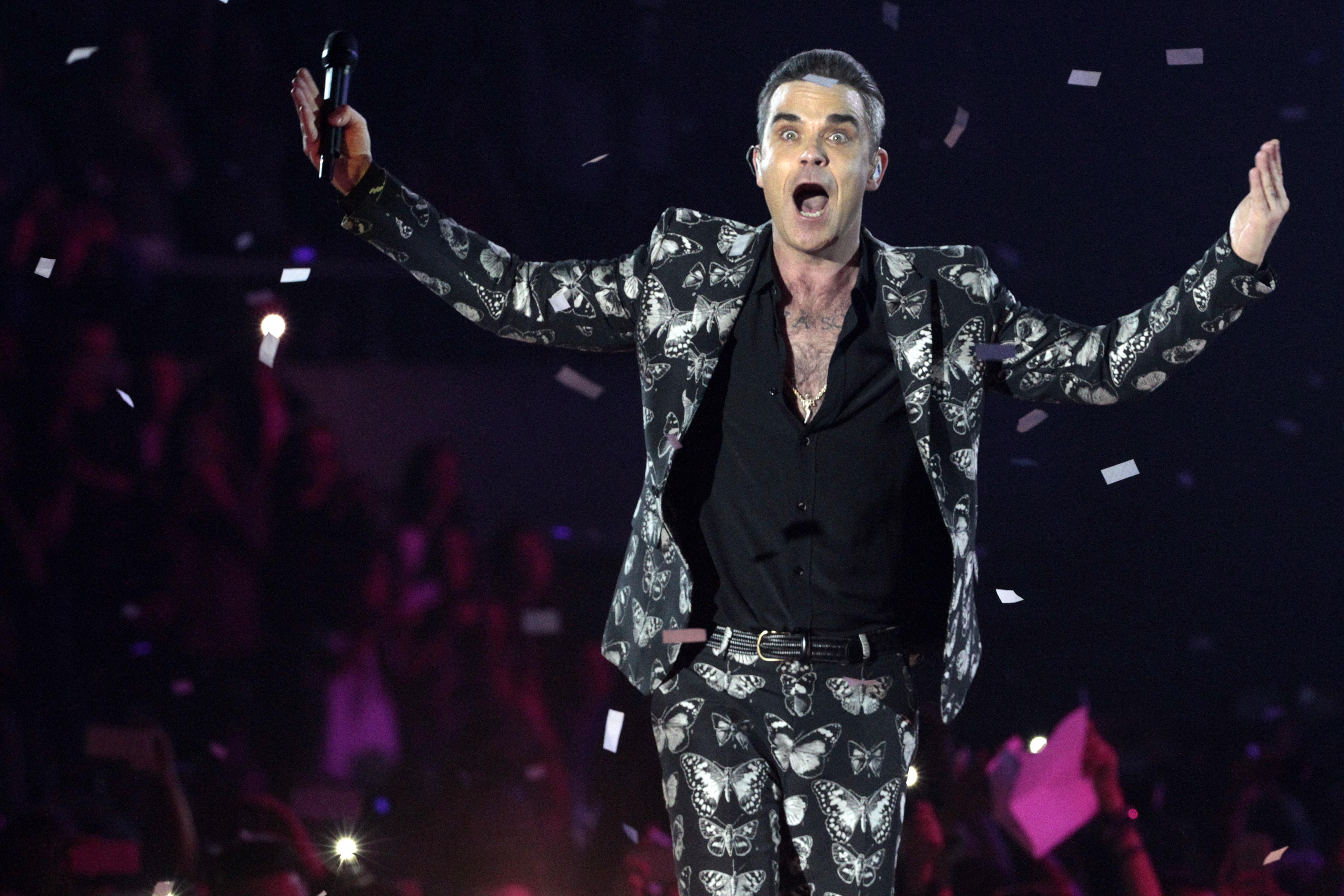 What is Robbie Williams' net worth?

Robbie's net worth is estimated to be around £155million.

This is through his record album sales, tours, and various businesses.

Last year, he and his wife Ayda Field moved into their £17 million Kensington mansion that used to belong to film director Michael Winner.

In 2016, he also revealed that he paid himself £14 million as well as another £2.7million in profits through his business Farrell Music Limited.

He earned most of his money through his Let Me Entertain You worldwide tour comprised of 40 dates.

The same year, Robbie also bagged a cool £1.6million for singing at the wedding of the daughter of oil magnate Rashid Sardarov. 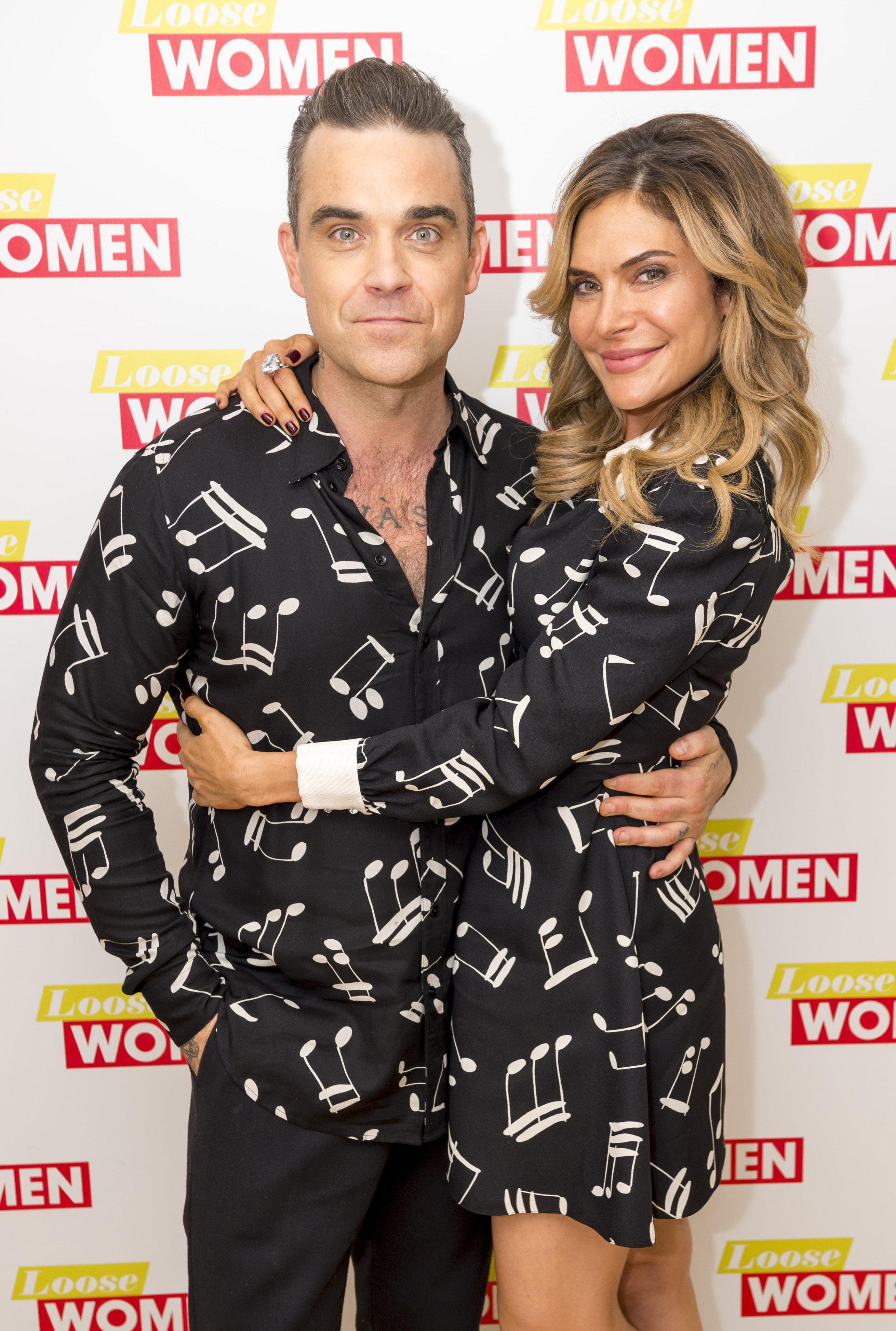 She has been dating Robbie since 2006 and got married to him in 2010 in Beverley Hills.

They have three children together: Theodora, Charlton and Colette.

In September 2018, the couple shocked their fans with their third baby Colette Josephine Williams, who was carried by a surrogate mother.

Ayda caused quite a stir when she revealed she sometimes faked orgasms.

The Take That star later admitted he had faked one before too. 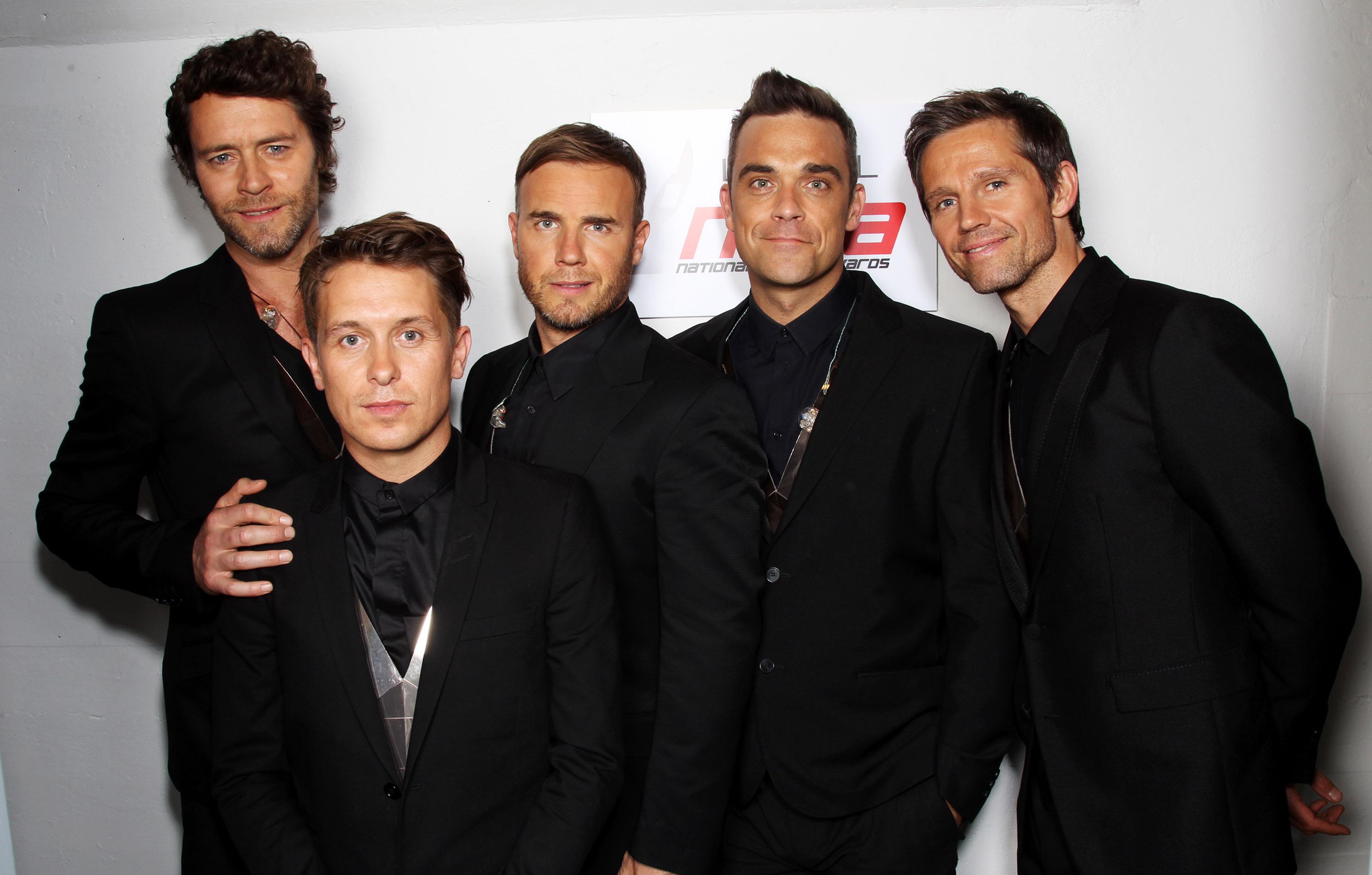 What are Robbie Williams' hit songs?

According to the British Phonographic Industry, Robbie has been certified for 19.8 million albums and 6.4 million singles in the UK as a solo artist.

He is also one of the best-selling music artists of all time, having sold 75 million records worldwide.

He has had a string of hit singles including:

What has Robbie Williams said about his mental health?

Robbie Williams has had an ongoing battle with mental illness and a history of depression and anxiety.

He said: “Fortunately and unfortunately, left to my own devices, I’m inclined to sabotage everything.

“I’ve got a disease that wants to kill me and it’s in my head, so I have to guard against that."

The Angels singer has also compared himself to the late George Michael due to their "very similar roller-coaster" with drug addiction.

In September 2017 the singer sparked concerns for his health when he cancelled dates across Europe – ending his Heavy Entertainment Show tour.