This glamorous if rather overripe melodrama returns for a second season, picking up pretty much where it left off. Georgina (Julia Stiles) had managed to murder her stepbrother while at sea on her yacht and sail off into the sunset, but as the action opens she's still trying to dispose of the body while a storm rages around her. (Yes, that is probably a metaphor for what lies ahead.) Before you know it, she's in the drink and then hauled aboard an even bigger and better yacht, this one belonging to Poppy Delevingne (that is, a character played by her). Fabulous outfits, fast cars, palazzos that Gianni Versace might consider a trifle ostentatious – and art. Lots of art. Even if you don't care about the plot, you cannot quibble about the eye candy. 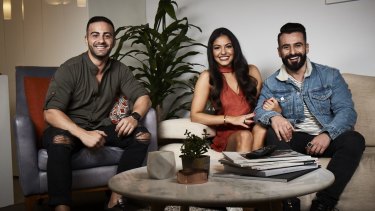 I laughed. I cried. I discovered what the latest scandal on The Bachelor was all about. Yes, Gogglebox is back, once again providing some of the best entertainment there is, both about and on television. (Love Lee keeping a running tally of Survivor contestants, and Jad's man-crush on Gordon Ramsay – hilarious.) As always, a great selection of shows is covered, from the sublime to the ridiculous. Can't wait to see what they all make of The Proposal.