When will Holly Willoughby be in Midsomer Murders? Who will she play?

This Morning: Holly is offered a role in Midsomer Murders

Midsomer Murders is going to be back on air from Sunday, March 21, on ITV as the show starts season 22. DCI John Barnaby (played by Neil Dudgeon) and DS Jamie Winter (Nick Hendrix) are returning to crack even more investigations in the beautiful town of Midsomer. Today, Thursday, March 18, live on This Morning, the stars of the show announced they want superfan Holly Willoughby to appear on the show.

When will Holly Willoughby be in Midsomer Murders?

Actors Dudgeon and Hendrix appeared on This Morning to promote the start of season 22 of Midsomer Murders.

The stars of the show teased what was to come in the new episodes but nearing the end of the interview, co-host Phillip Schofield said he had been looking forward to this moment all morning.

A confused Holly then asked what was happening when Dudgeon revealed some exciting news.

He said he wanted to see her in Midsomer Murders, offering a part in the beloved mystery. 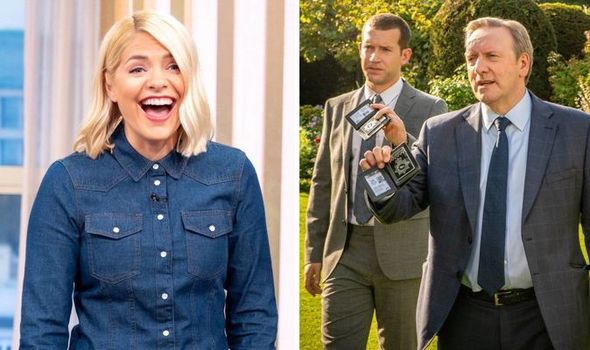 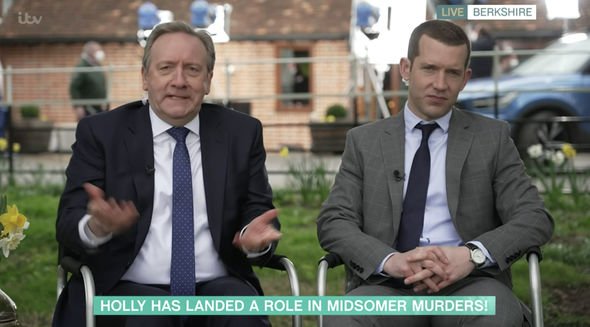 Dudgeon said: “So we’ve had a big talk about what we want to appear on Midsomer, so we want Holly Willougby to appear in an episode of Midsomer Murders very soon.

Surprised by the job offer, Holly said: “That is amazing!

“Yeah! of course, I’ve seen every single episode! Like it started way back when. You’re serious?” 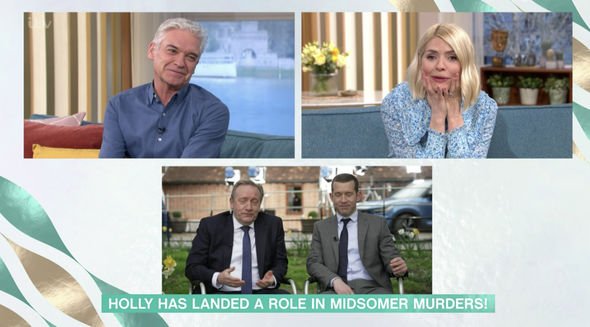 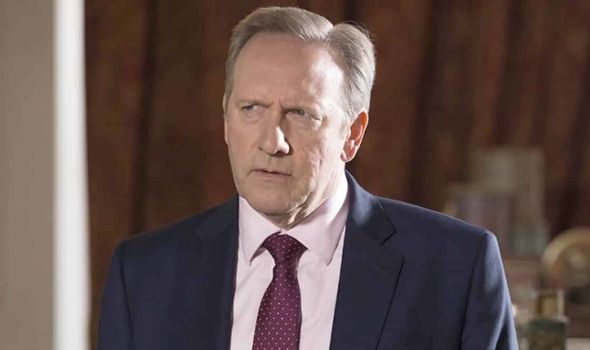 As Holly found out about the chance to be in Midsomer Murders live on air, she hasn’t started filming yet.

Shooting for the first two episodes of series 22 has already been completed but it is unclear how far the cast and crew have got in creating the rest of the season.

So Holly may very well feature in the latest series of Midsomer Murders.

Since it is only made up of six episodes, her debut on the classic ITV drama could be later this year.

Who will Holly Willoughby play?

Details on who Holly is going to play haven’t been confirmed just yet.

When told about the opportunity, Holly joked: “You’re gonna have to like kill me off really quickly because I’m terrible at acting.”

Dudgeon then went on to comment: “We could kill you, you know we’ll have to figure it out.”

The This Morning presenter even had a potential storyline in mind for her early exit.

As she is now aware of the upcoming cameo appearance in Midsomer Murders, Holly will be able to discuss her role in more depth behind the scenes.

Prior to the show going on a break, Holly said: “I can’t focus on anything else apart from that.

“That’s so exciting, I wanna come up there now!”

Midsomer Murders will return on Sunday, March 21, on ITV.