ALL That Glitters is back for a brand new series on BBC Two with the aim of finding Britain's best jeweller.

For season 2 the judging panel has changed slightly, and there is a new face on the team

Who are the All That Glitters Judges?

All That Glitters is back and on the hunt for the UK’s next up-and-coming jewellery star.

The six-part series takes place in a specially built workshop nestled in Birmingham’s historic Jewellery Quarter, home to more jewellers than anywhere else in Europe. 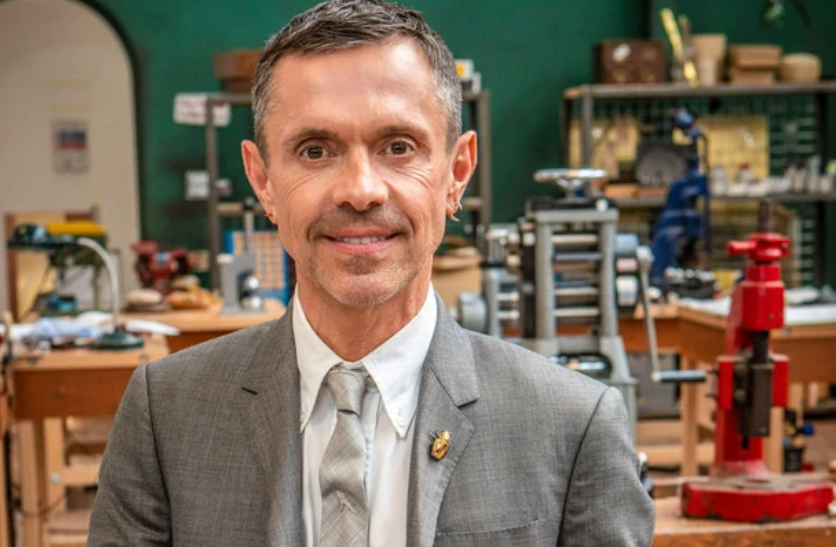 Shaun Leane is a hugely established jeweller who has created iconic pieces for a number of famous faces.

He has had a number of his designs worn by the late fashion great Alexander McQueen.

His brand, entitled Shaun Leane, has won the UK Jewellery Designer of the Year four times by showcasing his signature style of combining traditional goldsmith skills with fashion trends to create unique pieces.

Shaun has had his work feature in Vogue, with some of the more unique pieces even worn by the Royal family.

The latest series welcomes new judge Dinny Hall, a jewellery world titan with over 35 years’ experience, who has created pieces for celebrity A-listers across the world.

Beginning as a goldsmith, she came to prominence when her entire Central Saint Martin's College of Art and Design graduation collection was bought by luxury department store Liberty, London.

Her work was an instant success with its experimental pieces made from unique natural materials such as leather and wood.

She has famously made pieces for A-listers all over the world including David Bowie, Sienna Miller and Liz Hurley, and has six stores in London as well as a concession in Liberty.

Who is hosting All That Glitters 2022?

All That Glitters will be presented once again by comedian Katherine Ryan.

The Canadian comic is best known for starring in her Netflix sitcom The Duchess.

Katherine has also appeared on comedy panel shows like 8 Out of 10 Cats, Never Mind the Buzzcocks, Mock the Week and Have I Got News for You.

Where can I watch All That Glitters?

The show will air six episodes every Thursday night at 9pm.

As ever, you catch up on previous episodes on the BBC iPlayer.