MEGAN Thee Stallion's bodyguard Justin Edison explained why he wasn't protecting the rapper when she was allegedly shot in the foot by Tory Lanez.

Justin took to Instagram, saying: "If you know me and you know her well enough, not only do you know I wasn’t physically present during [the] events, but you know why." 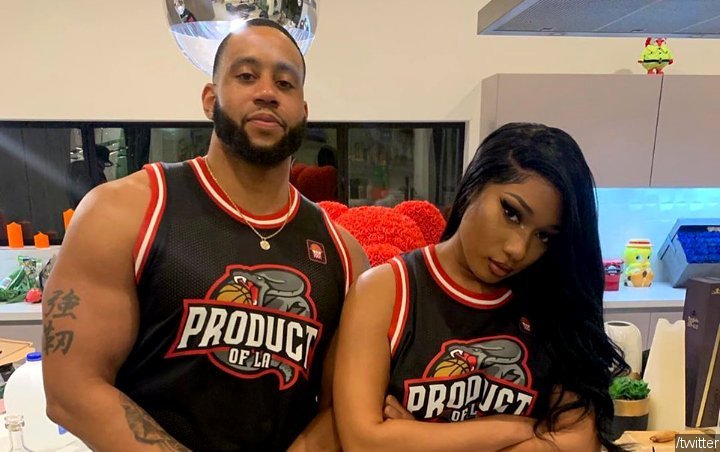 Who is Megan Thee Stallion's bodyguard?

Justin Edison was born in Los Angeles, California in 1989.

He played college football at UCLA after attending high school in LA.

Standing 6ft 4in and weighing 265 pounds, he played defensive end and went undrafted in 2012.

Since leaving college, he has played in the Indoor Football League and worked for Megan Thee Stallion as her bodyguard.

After Megan was allegedly shot by Tory Lanez, he spoke out about the incident on Instagram.

He wrote: "If you know me and you know her well enough, not only do you know I wasn’t physically present during [the] events, but you know why.

"If you don't know me or her well enough, she good, I'm here now, and she'll never step foot outside without me plus some n***** who don't aim at feet present."

Justin also appeared in a live video on Megan's Instagram.

He joined the rapper and her friends during a pool party thrown during a trip to the Turks & Caicos.

During the video, some began heckling Megan in the comments, prompting Justin to brandish a gun.

Megan later said she was against gun violence.

Why does Megan Thee Stallion have a bodyguard?

Tory Lanez allegedly shot Megan Thee Stallion after a fight inside an SUV – but witnesses to the incident are 'not cooperating' in the investigation.

The Savage rapper revealed she had been shot on the foot, but assured her fans that she was fine.

According to claims by a source with a direct connection to the case, an argument started after Tory and Megan left a Hollywood Hills party together in the SUV.

However, Tory pulled out his gun inside the car and allegedly hit Megan in the feet twice when she and her friend, Kelsey Nicole, wanted out of the vehicle.

Another source close to Tory claimed it was an accident.

"Tory fired the shots from within the vehicle while Megan was outside trying to leave,” another source claimed to Page Six.

"There is video and the police are investigating. This is a case of a man physically harming and abusing a woman."

However, Page Six could not confirm whether there was a video submitted to the investigation, as LAPD said that any videos would “not be released until the case goes to court in order to protect the integrity of the case".