Why did Charlotte Ritchie leave Call The Midwife?

Call The Midwife: Charlotte Ritchie says she was 'so sad' to leave

Call The Midwife is back for a 10th season this Sunday, April 18, and fans are looking forward to seeing the main cast return.

One of the show’s former stars was comedian and actress Charlotte Ritchie, who played Barbara Hereward – a nurse hired to replace Cynthia Miller (Bryony Hannah).

Ritchie joined the series for the fourth season, and left in season seven as her character was diagnosed with septicaemia.

Her character’s death was an emotional moment for fans and they were keen to find out why the star left the series.

She spoke to Lorraine, saying it was a very hard decision as she loved the show, and she cried at her final scene.

She said at the time: “It was just the sort of time to go, I think. My character Barbara had had such a gorgeous arc.”

The actress has been very busy since leaving the period drama and she is currently taking part in Channel 4’s Taskmaster.

She has also taken on main roles in the series Ghosts and Dead Pixels, as well as Feel Good in 2020. 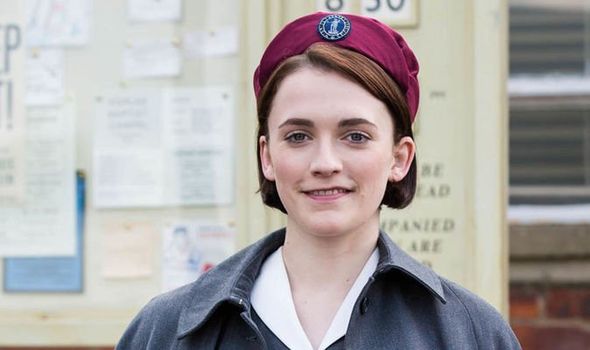