Why Nicolas Cage Is The Perfect Choice To Tell An H.P. Lovecraft Tale 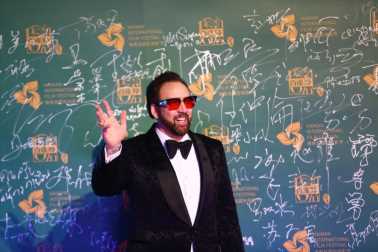 If there’s one actor who seems to go viral for the quirkiest reasons, it’s Nicolas Cage. It doesn’t matter if he has a blockbuster in the theaters at the moment, because the actor never seems to fade from our rearview. And that’s okay, because at the very least, you’ll get a good chuckle from learning about what he’s been up to.

It works very much in his favor. Cage, who’s been working incredibly steadily since the ‘80s, has at least half a dozen projects on the horizon. One of them is a film based on an H.P. Lovecraft short story, The Colour Out of Space. Lovecraft, who is considered the godfather of the modern horror genre—and perhaps elements of sci-fi too—has been experiencing a revival of late with his stories being shared on television and on the big screen. But with Cage involved in this latest outing, the match seems like it’s meant to be, and here’s why. 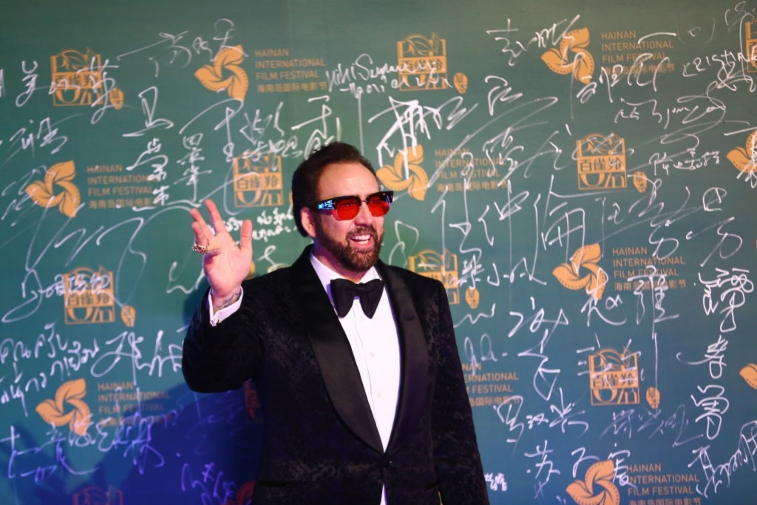 Cage is a master at telling vivid and wild stories

One has to wonder if they’re grounded in fact or fiction, but most of us lean toward fact when we hear them. Cage’s personal tales about pet cobras influencing his movements for Ghost Rider, primal scream therapy after a 4-day marriage, and a black-market dinosaur head sound unbelievable, but when he tells them, there’s a certain credibility that turns you into a believer. His recent interview with the New York Times is a fascinating read, and with that fans are reminded of his storytelling abilities both on and off screen.

That’s something that’s necessary for H.P. Lovecraft’smaterial. Cage’s film version of the aforementioned book, titled Color Outof Space, has to capture the weirdness, fear, and gravity described aboutthe story. According to Deadline,the movie follows the modern-day Gardner family and their move to a New Englandfarm.

“They are busy adapting to their new life when a meteorite crashes into their front yard. It seems to melt into the earth, infecting both the land and the properties of space-time with a strange, otherworldly color, and to the family’s horror they discover the alien force is gradually mutating every life form that it touches including them.”

His eccentricities should do justice to the film

Often regarded as talented, zany, and flamboyant, Nic Cagehas approached his roles with a willingness to go crazy and do the unexpected.He tries to find things about each character and then exaggerate it with hisvoice and movements. But perhaps some of that is culled from real life? Cage toldInterviewMagazine:

“I feel in many ways that I have gone through a lot of different experiences. I try to be as normal as I can be in my life so I can be as crazy as I want to be on screen.

In terms of my own personal take on my work, I’m enjoying the direction it’s going more than I have before. I do feel that my instrument—being my body, my voice, my facial expressions, my imagination, my memories—has put me at a place where I have more access to emotional content to inform a performance than I did when I was younger.”

Who else can walkthe road that the Gardner patriarch has to follow in this upcoming film? Per IndieWire,the story shows how the alien force impacts the character psychologically andphysically, and the way Cage dives into character will bring the flair anddespair that’s needed for this sci-fi flick.

He’s got a penchant for unusual adventures

This goes beyond the screen and extends into his real life. So,in addition to the dinosaur head mishap that happened in 2015 and cost theactor $276,000, there have been a few other pursuits. Cage apparently went tosearch for the Holy Grail, seeking out the mystical object in the U.K. and thenin Rhode Island. You have to read the NYT interview to understand.

How does this connect to the H.P. Lovecraft film? Again,nothing is too bizarre, freaky, or outrageous for Cage. If there’s a realaspect of himself that leans towards myth and farfetched scenarios, he’ll translatethat onto the screen. If you’ve read any of Lovecraft’s work, you’ll get it.

Color Out of Space will premiere at the TorontoInternational Film Festival in September. No release date has been given forthe film.

END_OF_DOCUMENT_TOKEN_TO_BE_REPLACED

END_OF_DOCUMENT_TOKEN_TO_BE_REPLACED
We and our partners use cookies on this site to improve our service, perform analytics, personalize advertising, measure advertising performance, and remember website preferences.Ok