Why the Witches in 'Motherland: Fort Salem' Will Never Use the Word 'Magic'

TCA 2020: Series creator Eliot Laurence says the magic in the show will be called “work” 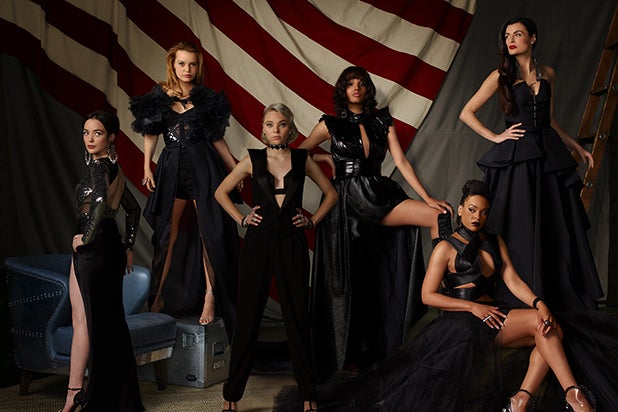 The central conceit of Freeform’s “Motherland: Fort Salem” is that it exists in an alternate version of the United States where witches and magic both exist, but according to series creator Eliot Laurence, you’ll never hear the word “magic” on the show.

“I wanted to have this be fantasy through a science fictional lens,” Laurence said at the Television Critics Association press tour on Friday. “So I wanted all the magic to be based in kind of real stuff.”

The show is set in an alternate, present-day America where witches ended their persecution 300 years ago by cutting a deal with the burgeoning U.S. government to fight for their country in a specialized branch of the military. It centers on three young women from basic training in combat magic into terrifying and thrilling early deployment.

But rather than casting spells with wands or words like a more traditional witch might, the witches in “Motherland” use sounds to enact their powers.

“It’s sounds and combinations of sounds and the frequencies the witches are able to create,” Laurence said. “I just wanted to crack open what magic is. We don’t actually use the word ‘magic’ in the show. In our show it’s called ‘work’ because it’s hard, and it costs.”