Don’t underestimate the second weekend of Paramount’s horror movie Smile. The Parker Finn directed and written title, which has provided many in town that horror remains a bankable genre for the big screen after a $22.6M opening, has a shot of possibly upsetting Sony’s family movie Lyle, Lyle, Crocodile and 20th Century Studios/New Regency/Disney’s upscale David O. Russell comedy Amsterdam for No. 1 with around an $11M+ take.

Smile had a very good Monday grossing $2.2M for a running 4-day total of $24.8M. By comparison, Blumhouse/Universal’s Black Phone rang up $3M in its first Monday back in June, so pretty good.

Sony is betting that Lyle, Lyle, Crocodile based on the classic kids 1965 Bernard Waber book comes in between $11M-$12M at 4,300 locations. Rivals are forecasting much higher ($15M-$18M) as there’s been nothing out there for families for quite some time, however, movies that star Crocodiles (even if they are friendly) don’t necessarily create a stampede, just like movies about people getting eaten by lions (Beast). If Lyle, Lyle shows its teeth, the Javier Bardem-Constance Wu-Shawn Mendes movie has a clean runway until Thanksgiving when the next family title arrives with Disney Animation’s Strange World. Previews start Thursday at 3PM at 3,450 locations. The $50M feature (before P&A) has some PLFs and is aimed at kids and moms.

Sony has typically made its mark at the fall box office with family pics, pre-pandemic hits being 2012’s Hotel Transylvania ($42.5M opening), 2015’s Hotel Transylvania 2 ($48.4M) and Goosebumps ($23.6M opening). No reviews yet for the Josh Gordon and Will Speck directed live-action/animated hybrid Lyle, Lyle. 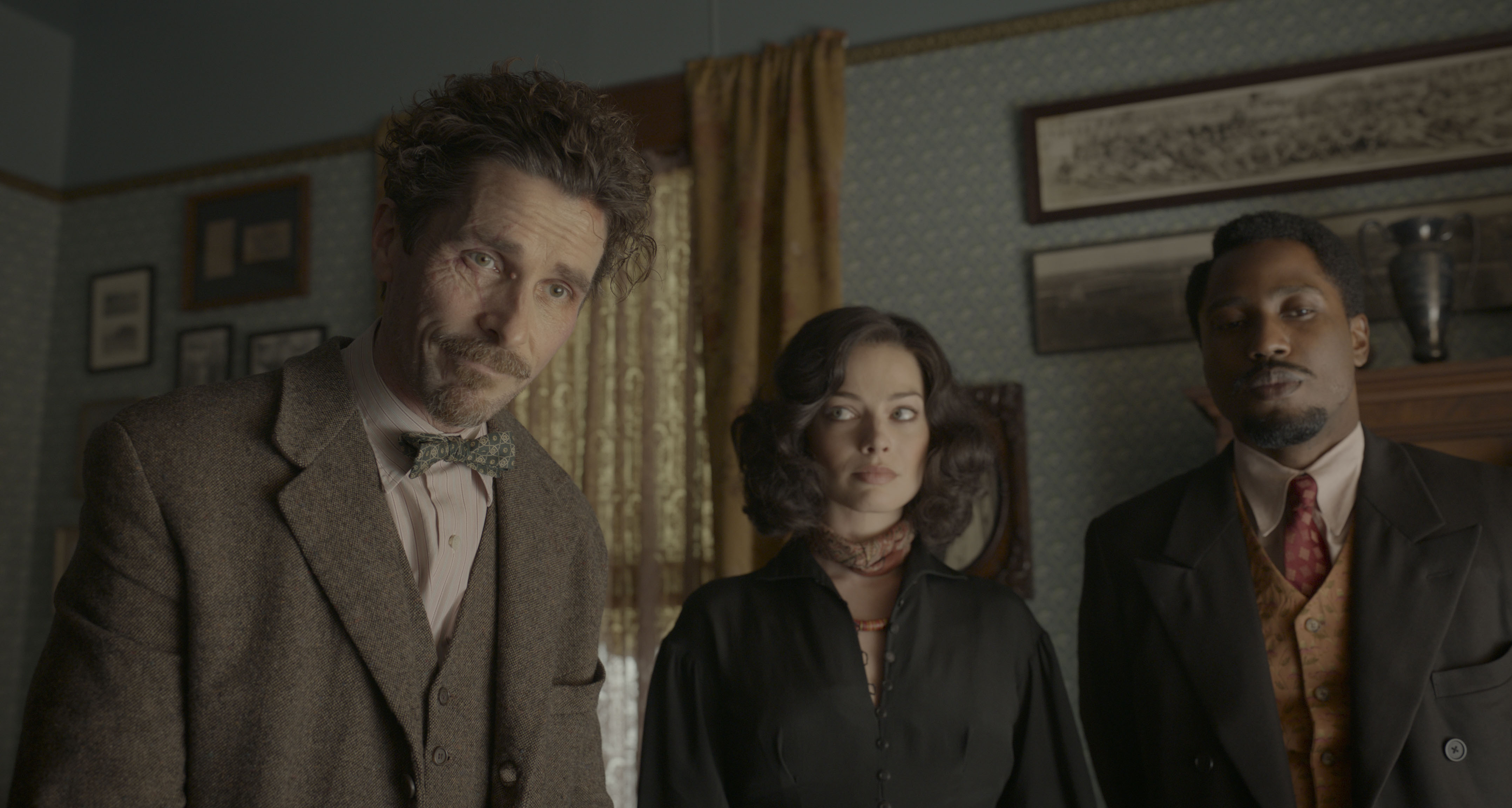 The $80M New Regency Russell all-star Amsterdam faces an uphill battle. There are aggressive tracking estimates out there of $12M-$15M, however, look for around $10M after the pic’s poor reviews of 28% Rotten on Rotten Tomatoes. The pic, which has a Coen Brothers-esque plot, has been a hard pitch for Disney to sell, so they’ve been marketing the feature on its massive cast of Margot Robbie, Christian Bale, John David Washington, Robert De Niro, Rami Malek, Anya Taylor Joy, Taylor Swift, Chris Rock, Michael Shannon, Mike Myers — it’s a murderers’ row. But this is period, which is never easy at the box office (Disney’s remake of The Ladykillers from Joel and Ethan Coen, another period comedy, which starred Tom Hanks, could only muster a $12.6M start back in 2004 and under $40M domestic final back in 2004), not to mention arthouse absurdist comedy. Right now, Amsterdam is tracking with those over 35, but even stronger over 45. Russell’s American Hustle, which was very rock n’ roll in its execution with Jennifer Lawrence, Bradley Cooper, Bale and Amy Adams back in 2013 with its 1970s/1980s mob comedy tale clicked big, not just with audiences after a $19.1M wide release opening, holding well over Christmas (-2% with $18.7M in its third weekend) all the way to a $150.1M final and ten Oscar nominations including Best Picture. Amsterdam is not American Hustle despite the starry ensemble. The reason why Disney isn’t putting Amsterdam over Christmas is chiefly due to Robbie having the period Paramount movie Babylon out at that time. Originally, Disney was suppose to take Amsterdam out during the first weekend of November before Marvel’s Black Panther: Wakanda Forever, then moved the pic up after other pics bailed out of fall to this weekend. Disney also wound up capturing 350 Imax auditoriums and 400 PLFs which will help the movie and monetize the Russell die-hards. Amsterdam is booked at 3,000 theaters and previes start at 6PM Aside from its lofty cost, also working against Amsterdam is the fact that adults at the fall box office aren’t out in massive numbers. Hopefully overseas softens the blow as the pic is going in 48% of all offshore territories this weekend including UK, Australia, Brazil and Mexico with the remainder scattered out for the rest of the season.

Hopefully something overperforms this weekend.