With ‘Her Smell’ and ‘Us,’ Elisabeth Moss Becomes a Modern Master of Women on the Verge

“Classic Moss!” is how Elisabeth Moss describes her performance in the upcoming “The Invisible Man” as a woman being gaslit by a toxic male ghost. In the trailer, she’s screaming, kicking, and being dragged across a hospital floor by RNs, but this is all just another day’s work for the Emmy-winning actress, whose performances thrum with the rebellion and pain hidden beneath a manic spiral.

Moss recently sat down with IndieWire to discuss her shattering turn in Alex Ross Perry’s “Her Smell” as a deranged, drug-addled punk rocker, and in Jordan Peele’s “Us” as both a rosé-guzzling WASP and her murderous double.

Moss launched her career with “Mad Men” as Peggy, the mild-mannered secretary-turned-ace-copywriter; since then, she’s become the go-to actress for characters who are ready to revel in a breakdown. In Perry’s 2015 “Queen of Earth,” she makes a meal out of her character’s mental freakout amid a depressive spell cast by a bad breakup and a poisoned friendship. In “The Handmaid’s Tale,” she is June, the rightfully angry woman torn from her family and thrown into a dystopian community that treats women as breeding vessels. In the 2018 Anton Chekhov adaptation “The Seagull,” she plays Masha, the iconic sot who is, as the character says, “in mourning for my life.”

And as Becky Something, a musician grimly determined to alienate everyone around her in “Her Smell,” Moss is the one for the job. “She was somebody who was not always fun to play,” she said. “She’s just so much all the time. Whether she’s angry or sad or happy or flirtatious, it’s always at an 11.”

Indeed, she goes to town on a role that stirs memories of Gena Rowlands at her most unhinged and rubbed raw in John Cassavetes’ 1970s films. As she watches her career teeter on the edge of relevancy, she sets every good thing going for her on fire just because she can.

“‘Her Smell’ came a week after we wrapped ‘Handmaid’s Tale’ season 2,” she said. “To go from that character, who is a heroine and a leader and someone we look up to, and throw all of that away and become somebody who is so abhorrent and so unappealing and disastrous was really cool, and really freeing. Sometimes it’s fun to be a bad guy.”

Meanwhile, in “Us,” Moss careens from affluent yuppie to a makeup-smeared killer, as best evidenced in a moment that Peele’s script describes as “like she’s in a Marilyn Monroe haze,” with Moss demonically applying lipstick after slaying her lookalike family.

Of her role as Kitty in the first half of the film, Moss said that “was fun, because I loved making fun of that kind of girl — and we all know that girl, especially in LA. That woman, I should say. And I don’t like that woman.” As for her character’s psychically untethered doppelgänger in the second half, “That was scarier for me. I just sat down in front of the mirror and was like ‘Are you cool if I just try something?’ And that’s just what we did.”

Elisabeth Moss in “Us”

Moss was slated to star opposite Benedict Cumberbatch and Jesse Plemons in Jane Campion’s “The Power of the Dog,” the Netflix adaptation of the 1967 novel by Thomas Savage. However, the demands of Hulu’s “The Handmaid’s Tale” finally meant she had to pass and the role went to Plemons’ fiancée, Kirsten Dunst.

“Not a bad person to be replaced by,” Moss said. “[Moss, Hulu, and Campion] tried so hard for a long time. Jane had talked to me about that movie a couple years ago, and it was a very long road of trying to figure it out. In the end, it was one of those things where someone is going to be compromised, and it’s either me or the show. This is going to hurt something.”

Moss said she will need to wait for “The Handmaid’s Tale” to end its run before she can pursue movies again. (It’s already been renewed for a fourth season.) “I can’t shoot anything else when we’re doing the show,” she said. “It’s just fucking impossible. I don’t get more than three or four days off. I would say I get a total of two weeks off in six or seven months. A day here, two days here. That’s it,” she said. “June and her world, she is the leader of that story.” 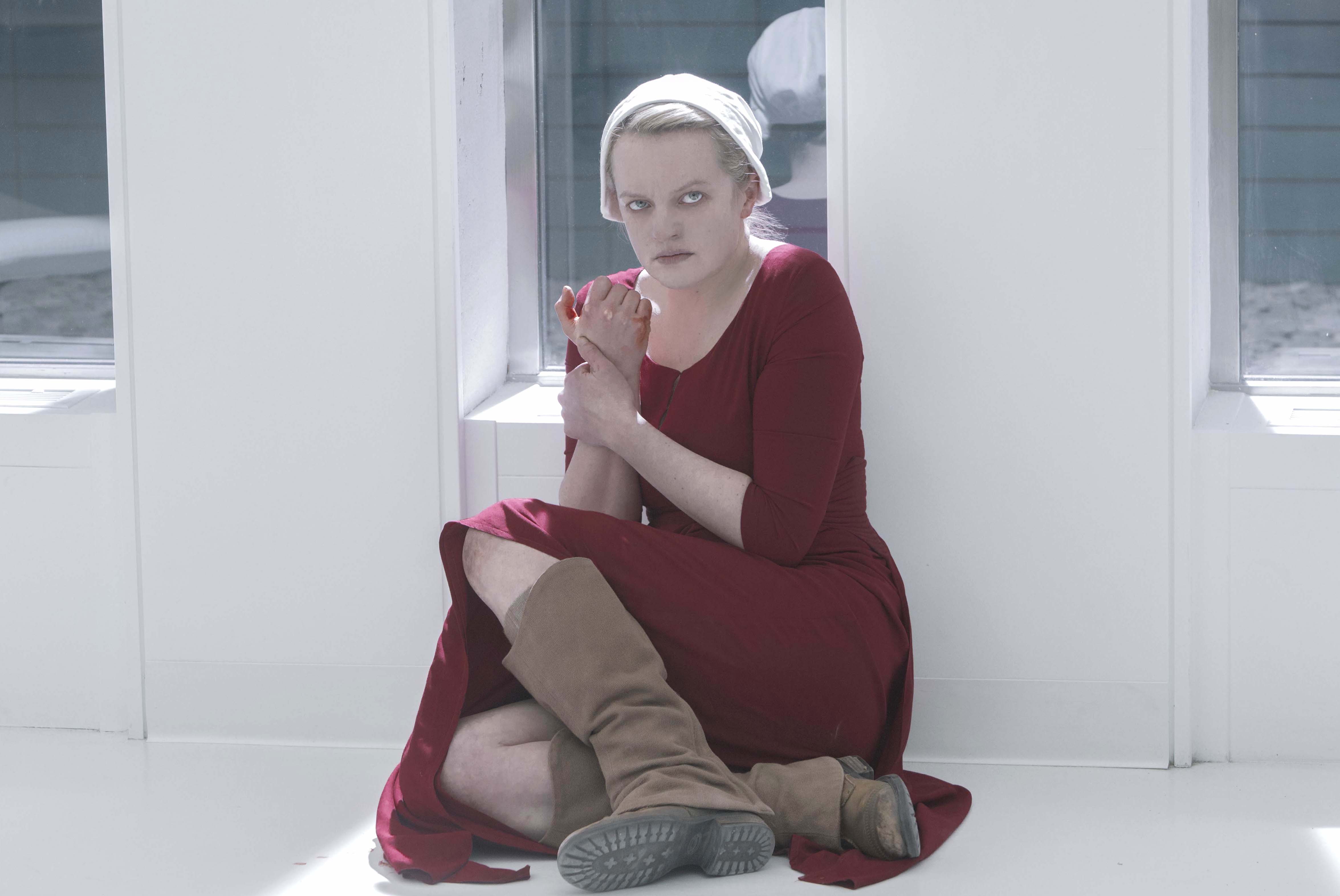 Up next is the Blumhouse horror film “The Invisible Man,” opening February 28. “It’s an analogy for gaslighting in an abusive relationship cloaked in a very scary horror kind of thing, but it really is the story of a woman who is driven mad by a man who is terrorizing her, and she keeps saying, ‘I’m not crazy’ and everyone thinks that she is.” Classic Moss.