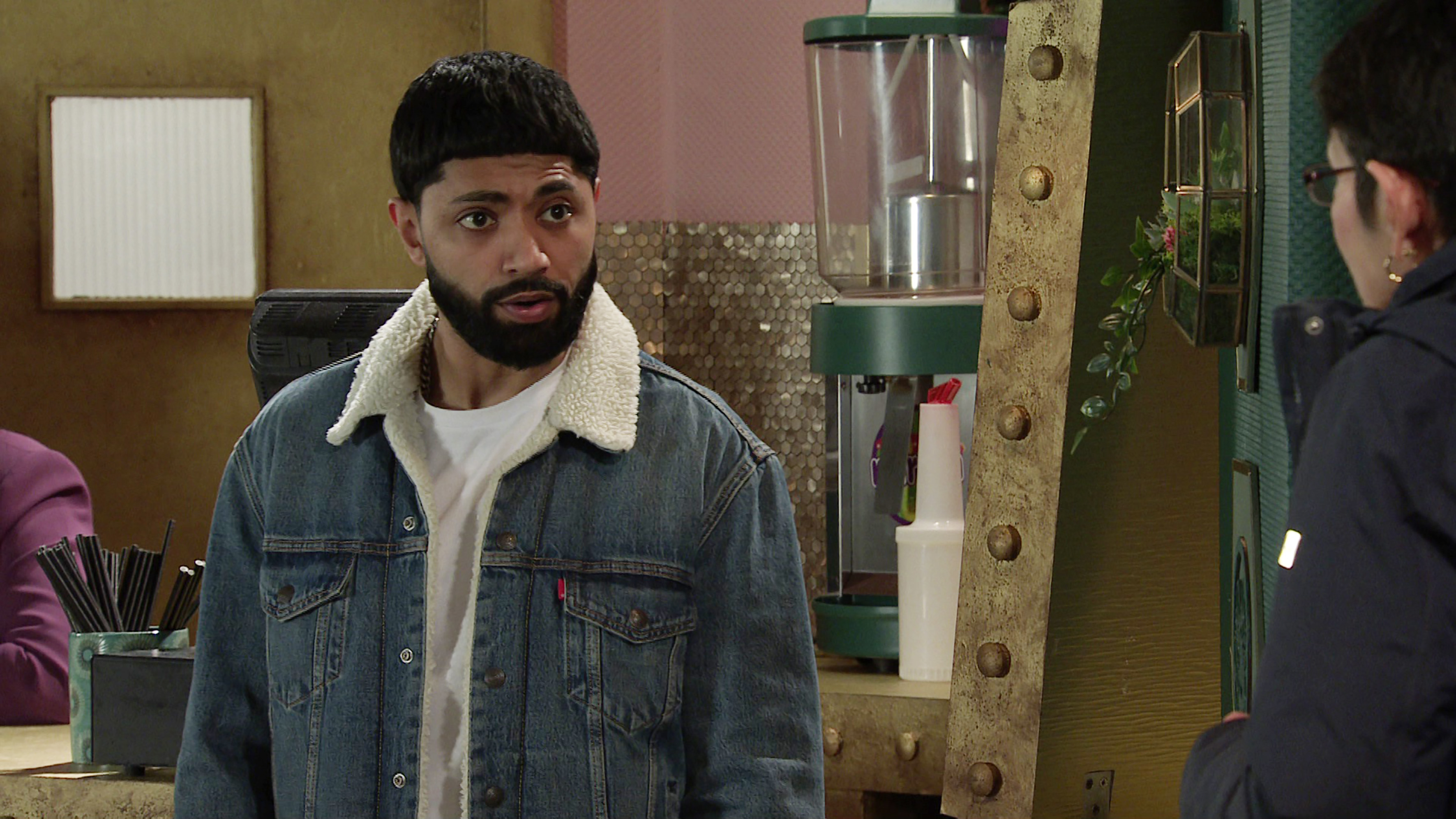 Zeedan Nazir (Qasim Akhtar) learns the hard way that actions have consequences in Coronation Street, as the truth about his betrayal is revealed.

The young man, as viewers know, stole money from father-in-law Hashim, which he gave to Yasmeen Metcalfe (Shelley King) to save Speed Daal from going under.

Hashim, however, got wind of what he’d done, and forced him to launder money through the restaurant in an effort to make up for his theft.

Zeedan had enough last month, and confronted Hashim in a heated showdown – a showdown which resulted in Hashim dying from a heart attack!

Alya (Sair Khan) thought this would be an end to the horrific chapter of their lives, but little do they know that Yasmeen is set to discover the truth about everything in upcoming scenes.

Feeling bad for Stu (Bill Fellows), Yasmeen invites him to stay, clearing out the spare room. When doing so, however, she makes a big discovery.

Subsequent scenes see Alya convince Zeedan to come clean, and ultimately he does so, telling her all about how Hashim forced him to launder the dirty cash through the restaurant.

Yasmeen is stunned to silence by his betrayal, but the fact that he had a role to play in the fire which nearly killed Stu is what leaves her really angry.

Later in the week, Yasmeen disowns both Alya and Zeedan! Will the duo be able to make amends?

Or is this the end of their relationship for good?

One to watch: Wednesday January 13 at 7pm on ITV.