Scene is back in “Justice Is Gray” version of film 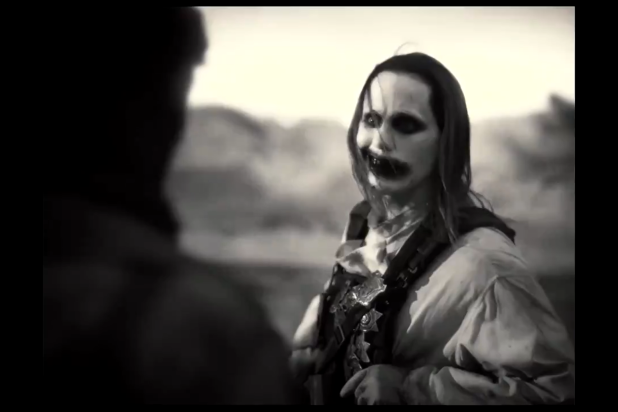 “Zack Snyder’s Justice League” has restored Jared Leto’s “We live in a society” line in the “Justice is Gray” version currently streaming on HBO Max, director Zack Snyder shared in a tweet on Friday.

In the trailer for “Zack Snyder’s Justice League,” Leto’s Joker made waves for uttering a phrase — “we live in a society” — that originated with memes about the Joker. The fact that the trailer ended on that bit meant it quickly became the main topic of conversation about the Snyder cut that day.

“We live in a society,” the Joker said, with a long pause before finishing the sentence, “where honor is a distant memory.”

Snyder has discussed this scene at length in the run-up to the launch of the movie — he said he wanted to give Ben Affleck’s Batman a chance to share a scene with Leto’s Joker — a real scene, rather than Batman’s very brief run in with Joker and Harley Quinn in “Suicide Squad.”

After the whole to-do about the line in the trailer, it was pretty confusing to get to that scene, at the very end of “Zack Snyder’s Justice League,” and not hear those words come out of Joker’s mouth.

This scene, being part of Bruce Wayne’s vision of the future, takes place during an apocalypse scenario in which the resurrected Superman has teamed up with the cosmic big bad Darkseid to take over the world and turn it into a wasteland. So, in fact, there is no longer a society for the Joker, or anyone else, to even live in.