Jessica Simpson says she erased John Mayer’s number from her phone and walked away from their relationship after he told Playboy that she was like “sexual napalm.” In a recently published excerpt of Simpson’s memoir, “Open Book,” the singer explains what made her fall for Mayer in 2005 when they met at a Grammy party thrown by producer Clive Davis. […]

END_OF_DOCUMENT_TOKEN_TO_BE_REPLACED

Nick Viall is quite a good sport. During the Tuesday, January 21, episode of Comedy Central’s Lights Out with David Spade, Viall, 31, tries out a new career in stand-up comedy! As part of the show’s famous “Secret Stand-Up” segment, he is fed jokes by host David Spade and Courteney Cox. Warning: The former Bachelor’s stand-up routine is definitely NSFW. […]

END_OF_DOCUMENT_TOKEN_TO_BE_REPLACED

LOS ANGELES (AFP) – The ousted chief of the organisation behind the Grammys filed a complaint on Tuesday (Jan 21) accusing the Recording Academy of putting her on leave after she raised concerns about sexual harassment, voting irregularities and other misconduct. Ms Deborah Dugan says in her 44-page complaint before the Equal Employment Opportunity Commission in Los Angeles that the […]

END_OF_DOCUMENT_TOKEN_TO_BE_REPLACED

What Happened to the Man Who Defrauded Millions From McDonald's? Here's What We Know 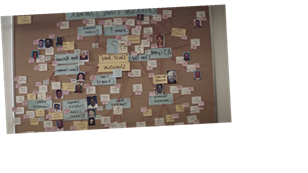 Before Anna Delvey, Elizabeth Holmes, or the women portrayed in Hustlers, there was one scammer by the name of Jerome Jacobson. Known as Uncle Jerry, he defrauded McDonald’s of $24 million with an elaborate network that took advantage of the fast-food franchise’s popular Monopoly game. HBO has geared up to drop McMillions, a Mark Wahlberg-produced docuseries about this notorious scandal. […]

END_OF_DOCUMENT_TOKEN_TO_BE_REPLACED

What I'm Listening to This Week: Mostly Mac Miller

Circles by Mac Miller When Mac Miller’s family revealed that the rapper’s posthumous album, Circles would be released this month, I knew I would be in for an emotional rollercoaster. As predicted, in this edition What I’m Listening to This Week I’ve been spinning Circles nonstop and experiencing everything that would come along with such a decision. I’m also listening […]

END_OF_DOCUMENT_TOKEN_TO_BE_REPLACED

As Riverdale makes its midseason return, it sounds like Cole Sprouse will continue to channel his inner Jughead Jones in an upcoming thriller podcast called Borrasca. According to Deadline, Sprouse — who will also produce the series — will star as a young man named Sam Walker who makes it his mission to investigate the sudden disappearance of his sister […]

END_OF_DOCUMENT_TOKEN_TO_BE_REPLACED 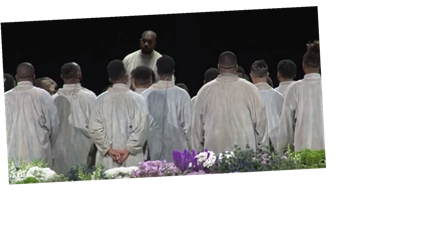 Kanye West has performed his music at many of America’s top venues, from Radio City Music Hall to the Coachella festival. This weekend, the rapper stepped onto a stage in Tennessee to perform for a different sort of audience ― young students at an evangelical Christian Bible conference. West headlined at the Strength To Stand conference with his Sunday Service […]

END_OF_DOCUMENT_TOKEN_TO_BE_REPLACED

A peek behind the curtain! Jennifer Aniston and Brad Pitt were the talk of the press room at the 2020 SAG Awards on Sunday, January 19. The exes’ reunion, which went down backstage at the Shrine Auditorium and Expo Hall in Los Angeles, took place after they both won their respective categories. Pitt, 56, took the stage first to accept […]

END_OF_DOCUMENT_TOKEN_TO_BE_REPLACED

Robert De Niro made use of his Screen Actors Guild Life Achievement Award acceptance speech to do something he seems to love: Get political. The actor was presented Sunday with the performers union’s top accolade at the 26th Annual SAG Awards because of his “extraordinary depth and ability,” according to a statement by Gabrielle Carteris, president of SAG-AFTRA. “The characters […]

END_OF_DOCUMENT_TOKEN_TO_BE_REPLACED

The entire awards season is essentially all about celebrating actors, but there’s only one ceremony every year that’s voted on solely by the stars themselves: the Screen Actors Guild Awards. The 26th annual ceremony kicked off at the Shrine Auditorium in Los Angeles Sunday night, paving a clear road ahead to Oscars glory, and honoring outstanding performances in television over the […]

END_OF_DOCUMENT_TOKEN_TO_BE_REPLACED

END_OF_DOCUMENT_TOKEN_TO_BE_REPLACED
We and our partners use cookies on this site to improve our service, perform analytics, personalize advertising, measure advertising performance, and remember website preferences.Ok